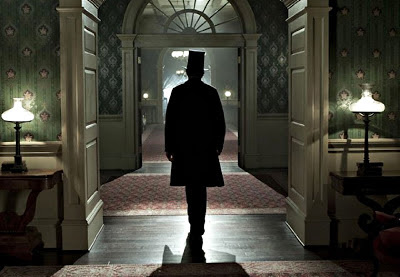 Lincoln - Steven Spielberg directs Daniel Day-Lewis in Lincoln, a revealing drama that focuses on the 16th President's tumultuous final months in office. In a nation divided by war and the strong winds of change, Lincoln pursues a course of action designed to end the war, unite the country and abolish slavery. With the moral courage and fierce determination to succeed, his choices during this critical moment will change the fate of generations to come.

Elles - A provocative exploration of female sexuality, Elles stars the fearless Juliette Binoche as Anne, a well-off Parisian journalist investigating the lives of two student prostitutes (Joanna Kulig and Anaïs Demoustier) for a magazine article. What begins as a routine assignment, though, quickly turns personal, as Anne is drawn into the lives of these fiercely independent young women and forced to confront her own sexual fears and desires.

Movie 43 - From the twisted minds of producers Peter Farrelly (Hall Pass, Shallow Hal) and Charles Wessler (There's Something About Mary, Dumb and Dumber), comes Movie 43 - the outrageous new ensemble comedy starring some of the biggest names in Hollywood. Movie 43 is not for the easily-offended and contains jaw-dropping, sometimes shockingly disturbing, intertwined story lines you'll have to see to believe.


Weekly Recommendation: With the exception of Oscar favourite Lincoln, which is worth watching for Daniel Day-Lewis' extraordinary portrayal, this is a terrible week of releases. Hansel and Gretel has been panned, and there have been claims that Movie 43 is one of the worst films ever made. It might even make Elles, a provocative but shallow study of student prostitution, look like a masterwork. My suggestion, check out Zero Dark Thirty and Silver Linings Playbook. Or if you have already seen them, Lincoln is this week's only chance.
Posted by Andy Buckle at 8:55 AM