Is West of Memphis cinematic closure for the West Memphis Three?

By now everyone should have heard of the West Memphis Three case. Damien Echols, Jason Baldwin and Jessie Misskelley Jr. (aged 16-18 at the time) were convicted of the murder of three eight-year-old boys, Steve Branch, Michael Moore and Christopher Byers in West Memphis, by the State of Arkansas in 1994. Damien was sentenced to death, with Jason and Jessie sentenced to life imprisonment. In 1996 a groundbreaking HBO documentary chronicling the case, Paradise Lost: The Child Murders at Robin Hood Hills (Joe Berlinger, Bruce Sinofsky), aired and immediately brought public attention to what many believed to be a disastrous miscarriage of justice. Damien, on Death Row, especially attracted supporters and over the next sixteen years a very thorough, but continuously stonewalled re-investigation has taken place in the hopes of overturning these convictions and finding the real killer/s. 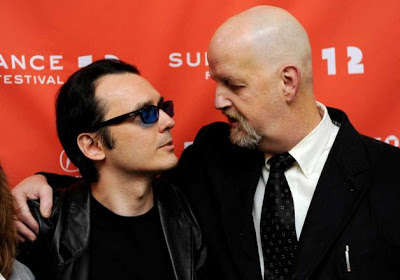 Two more powerful documentaries, Paradise Lost: Revelations (2000)and the Academy Award nominated Paradise Lost: Purgatory (2011), have since aired, but complementing the trilogy is the Fran Walsh, Peter Jackson and Damien Echols produced, West of Memphis. Peter and Fran, like Pearl Jam front man Eddie Vedder, actor Johnny Depp and musicians Henry Rollins and Natalie Maines were high profile celebrities with influence who befriended and supported Damien and his wife Lorri Davis (married after years of correspondence in 1999) and helped finance the investigation.

As expected, West of Memphis is an incredible achievement. It is gripping and maddening throughout and comprised of a stunning volume of formerly unseen footage. The damning new evidence highlights a fresh suspect and the world learns more of the corruption & lies that plagued the case from the start. It is also a profoundly moving example of the power of public defiance against corrupt law enforcement, malicious supposition, double standards, perjury and an inept criminal justice system that has gone un-flagged for too long.

Continue reading at Graffiti With Punctuation.
Posted by Andy Buckle at 8:08 AM