Kill List, Ben Wheatley’s terrifying follow-up to Down Terrace, is a gruesome, and often unbearably intense horror/thriller. It was nominated for a number of British Independent Film Awards, including Best Director, Screenplay, Actor, Actress and Supporting Actor, with Michael Smiley deservedly winning the latter. 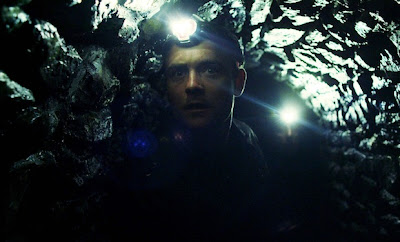 Kill List is without doubt the most unsettling hitman film I have ever witnessed, and while it is best to experience it knowing as little as possible (though some promo screenshots of the film reveal one of the most bizarre twists) it is certainly worth noting that this is not a film I can recommend for a viewer prone to queasiness. If you have a strong stomach and can tolerate slick but relentless tension, then this might be a real winner.

Neil Maskel is tremendous as Jay, the central character in Kill List. We are immediately thrown straight into his suburban family life. He has a wife, Shel (MyAnna Buring), and a son, but they are experiencing financial trouble, and their marriage and home life is far from harmonious. We soon learn that Jay hasn’t worked for eight months, though we aren't initially sure what Jay’s profession is, or why he seems to be temperamental and emotionally unstable. Rather than lay all this information on thick, the questions are gradually revealed by Wheatley through the cleverly written conversations throughout the film’s first act. We learn that Jay is an ex-soldier and now a contract killer – and that a disastrous job in Kiev has left him physically and mentally scarred. Though he and his wife have frequent screaming matches, frustrated by their financial situation and what Shel believes is Jay’s disregard for his family’s welfare, they do evidently love one another. 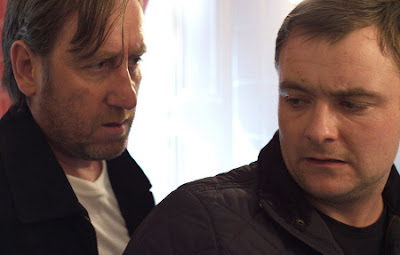 When Jay’s friend and contract partner, Gal (Michael Smiley), and his girlfriend (Emma Fryer) come over for dinner one night, an abnormally extreme row between Jay and Shel prompts Gal to pressure Jay into taking an assignment (not a ‘final one’, but one that could solve Jay’s current financial crisis and give him some renewed purpose in life). After some perseverance from Gal (and Shel) Jay agrees, and the pair meets with their suspicious employers and given three names to eliminate (later referred to as The Priest, The Librarian and The PM). Jay’s unhinged psyche and his disturbed past surfaces as he loses control during the elimination of these morally reprehensible individuals (straying from the list and completing the jobs with what can only be called ‘extreme prejudice’). Gal wants out of the contract, concerned about his safety, but when their employers threaten Jay’s family, they realize they have no option but to complete the list.

Credit must be given to Wheatley, whose excellent direction of his tech crew has effectively created as much tension as possible. The cinematography is predominantly hand-held and adopts a close intimacy in the early scenes as we get to know the characters, but later hovers and observes these characters from more of a distance as they commit the hits – or make sense of the situations that present themselves. Often the takes are quite long, and not afraid to cut away from the gruesome stuff. There are some clever jump cuts – and the shifts between the experiences of Jay and Gal in one claustrophobic tunnel sequence is really fine work. 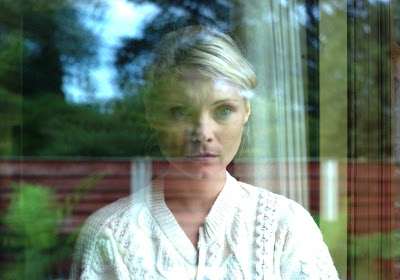 The chilling score, which is a blend of unique instruments, produces an ominous soundscape that brilliantly accompanies the macabre and twisted imagery. The film becomes increasingly more difficult to watch, and even the most hardened of horror buffs will have their nerves pummeled at some stage. Of course, this film would not be as strong without the wonderful performances and exceptional chemistry shared by the cast (especially Maskel and Smiley and Maskel and Buring). Jay and Shel are totally convincing as a married couple, while the bond between Jay and Gal has evidently endured a lot - and though Gal hates what his partner has become, he'll never betray his trust. Amidst the naturalistic (and likely improvised) dialogue there are quite a few moments of humour too, mostly through Smiley (a working comedian).
Once the impact of the shocking conclusion has worn off, and it takes a while, you begin to realize that the film is actually quite preposterous and that what it becomes doesn’t actually make very much sense – and may for some come across as unjustified and pointless, and simply a gimmick beset on inducing a gut-punch reaction. Fortunately, it is forgivable because the way that Wheatley has utilized his tiny budget and the way he has built layers of intrigue and suspense (and made his audience squirm uncomfortably) means that the film feels fresh and original (though there is one particularly notable influence on the film’s final act), and because of the strength of the chemistry between the skilled actors, it remains satisfying. I am still unsure whether Kill List can be declared a great film, but it’s certainly a very commendable one. It is certainly a hard one to shake and a film that surprises, terrifies and haunts in equal measure.
My Rating: ★★★★ (B)
Posted by Andy Buckle at 7:53 PM