Hey everyone, amidst a million things happening today - both pleasant and stressful - this will be a very brief 'Monday Links' instalment. Quickly, I just wanted to go over the last week and highlight a couple of significant posts and what's going on in the film and blogging world at the moment.

It is time again for the annual LAMMY Awards - where members of the Large Association of Movie Blogs (aka The LAMB) can campaign their sites, and vote for fellow LAMBS in a number of different awards categories. Here is my personal For Your Consideration. There are over 1,000 LAMB members and so many passionate and enthusiastic filmgoers, and talented writers and podcasters, it is very difficult to select just a few. 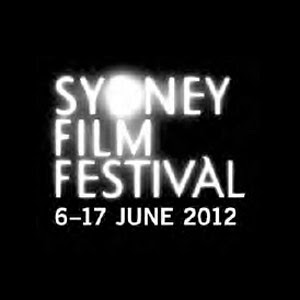 The 2012 Sydney Film Festival line-up was also officially announced this week. I have given a quick rundown of what is playing, but you can find the rest - as well as scheduling and ticketing information - at sff.org.au. I have set out a desired schedule, which can be found here, so if you are planning to attend this year, I will be in the city every single day/night. Lets meet up for coffee or a drink.

I have made a slow start to my May focus on female directors. I had no urge to write about Jane Campion's Bright Star, which I watched and was incredibly bored by, but I have got my thoughts down on Sofia Coppola's The Virgin Suicides and Lynne Ramsay's Ratcatcher. Later this week, Sam McCosh, who reviews films at An Online Universe, will be reviewing Lynne Ramsay's Morvern Callar, and Chris Elena, a young Sydney writer/director who shares his reviews at Chris Elena, will be tackling Jane Campion's In the Cut and Kathryn Bigelow's Near Dark. I greatly appreciate what I know will be excellent contributions.

So, on with the links (after the jump):

If you are yet to contribute to Sam's Representing Humanity blog-a-thon, you can find out all of the details and what everyone has come up with so far at the link.

I was lucky enough to be invited by Mr Ryan McNeil of The Matinee to be a guest on The MatineeCast. In Episode 58, we discussed The Avengers, indie films we're are looking forward to this summer, and our top five films starring at least one of the cast from The Avengers. Being my podcast debut, I had a lot of fun. Epidode 58 will be available to download on iTunes later this evening, but you can also listen to it on Ryan's fantastic site. There you will find more details, and links to previous episodes of the MatineeCast.

Steve @ 1001Plus reviews Mad Max. I have a confession. I have never seen Mad Max, but I have seen The Road Warrior and really didn't dig it.

Want to know why The Dictator is one to skip? Sam @ An Online Universe has the answers.

Diana takes a look at Chaplin's City Lights, a masterpiece.

CS @ Big Thoughts from A Small Mind has recently covered Hot Docs. The one he recommended to me was The Imposter. It is playing at SFF. Consider it.

Nick dissects a scene from The Descendants, which is now out on DVD in Australia, through dialogue. Great read.

This is ingenious. Sati @ Cinematic Corner, purely through screenshots, has brought everyones attention to the visual parallels in Shame and Black Swan.

Be sure to check out John's Cannes Spotlight. He is working through every director. It is very interesting.

I can't believe what Tyler has come up with this week on He Shoots, He Scores - Cinematic Orchestra's score for The Man With The Movie Camera, not only one of the greatest films of all time, but also the best musical piece possible to accompany this film.

Finally, it was great to see Jessica enjoyed Battle Royale.

Well, that's all for this week. Looking at the line-up (a very strong one) it wasn't such a brief one after all. Hope you enjoy the articles and have a great week.
Posted by Andy Buckle at 4:51 PM