Jason Segel reunites with Nicholas Stoller, director of Forgetting Sarah Marshall and co-writer of The Muppets, for The Five-Year Engagement. Here, Stoller directs and co-writes with Segel – a tale about a couple whose relationship becomes strained when their engagement gets continually extended due to unexpected obstacles. Despite some intermittent big laughs, a blend of gross-out gags and some genuine sensitivity about relationship struggles – this falls well short of their aforementioned collaborations, and doesn’t come close to the best works of producer Judd Apatow, which have set the mark for modern gross-out comedy. 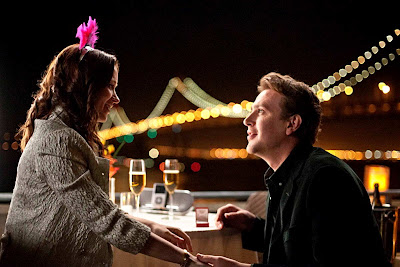 Tom Solomon (Jason Segel, How I Met Your Mother), a sous chef at a San Francisco restaurant with dreams of being head chef at his own restaurant, meets Violet Barnes (Emily Blunt, Salmon Fishing in the Yemen), a psychology academic, at a New Year’s Eve fancy dress party. One year later, Tom takes Violet back to the place where they shared their first kiss, and proposes. The pending nuptials get interrupted for an assortment of reasons, but few are particularly original or entertaining. Tom and Violet are beaten to the punch by Tom’s best friend, Alex (Chris Pratt), and Violet’s sister, Suzie (Alison Brie), and their charming wedding cause the jealous couple to delay their own.
Next, Violet is accepted into the University of Michigan, to complete a post-doctorate in psychology. Tom decides to support Violet’s studies and accompany her to Michigan, and delay the wedding until she has finishes the two-year program. Tom, whose dreams of opening up his own restaurant in San Francisco are put on hold, struggles to adapt to the cold and watches his fiancé develop a threatening professional relationship with her professor, Winton Childs (Rhys Ifans – a terrific actor), while several deaths in the family squash any further attempts to tie the knot. Will it ever happen? 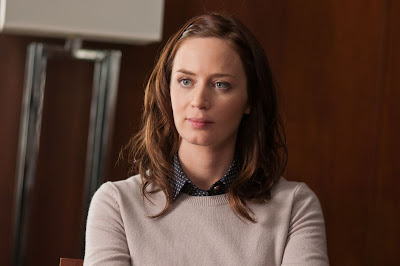 Jason Segel (the master of the goofy nice guy) and Emily Blunt (wide-eyed and flighty, and never more luminous) are two of the most likeable comic actors in the business, and their genuine connection ensures that even the most misguided of scenes, still works better than it should. Unfortunately, the supporting cast is less effective. Pratt and Brie have some scene-stealing moments, and are the best of the bunch, and as I mentioned earlier, Rhys Ifans is always in top form.
Jackie Weaver (Animal Kingdom) is oddly cast as Violet’s mother (and there was certainly plenty of Aussie in her British accent), while David Paymer and Mimi Kennedy are effective as Tom’s parents. Mindy Kaling (producer and writer of The Office) and Kevin Hart star as two of Violet’s amusing psychology colleagues, while Brian Posehn and Chris Parnell have their moments as Tom’s acquired Michigan buddies. Still, finding time to fit in all of these characters – and to make their time worthwhile, becomes a challenge for Stoller and Segel. 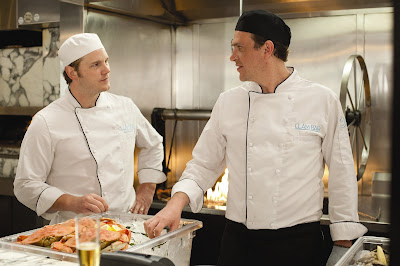 The audience is bombarded with jokes and gags and the intelligence, subtlety and restraint, which is apparent in the first half, is forgotten about. It gets whingy and silly. Many of the second half events don’t need to be there, really, and come across as either predictable (unhealthy and bound-to-be-trouble side flings), or a complete mixed bag, evident in Tom’s self-destruction (outrageous mutton chops, a hilarious fake orgasm, a late-night pursuit through the streets, a bad case of frostbite). A lot of the second half – in addition to severely bloating the running time - just doesn’t work, though there are a few scenes that were commendably inventive in their attempts to be cringe-worthy (in a good way).
Stoller and Segel engages the very relatable struggles of young people who meet with obstacles to marriage and starting a family when faced with blossoming careers and life-changing employment/academic opportunities – and often, to stay together, accepting sacrifices and ironing out differences and regrets, is key. The film’s second half surrenders believability, and this is one of the film’s strengths, relating to their relationship issues. It was evident the story would struggle through a dramatic period – but where this film goes during this period is sorely lacking credibility and restraint. 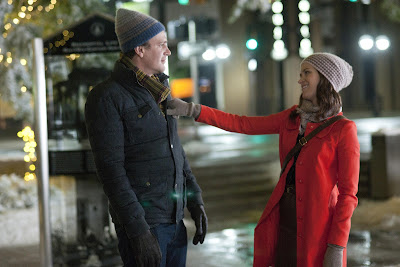 It is way too long – and for some of Judd Apatow’s features (Superbad for example) this sort of running time is justified, not here - yet plot developments still feel underdone. We needed to better understand why Tom was so unhappy in Michigan, and why Violet was so committed to her studies (beyond her ‘groundbreaking’ stale donut experiment). Though Tom was putting on a brave face for Violet, there were indications he was happy. Though evidently disappointed that he is unable to find a job to suit his culinary skills, he only admits being unhappy on one occasion. The next minute, severe breakdown hits.
The Five-Year Engagement is far from terrible, but after a promising start – sweet and fun, with subtle comedy and charming chemistry between the leads, who should be enough to attract an audience (though U.S box office numbers have been subpar) – it gets increasingly wayward as the humour gets more and more forced.  The conclusion is cute and satisfying, and there are some big laughs – more than any other comedy this year, you could argue – but for such a long and busy film, nowhere near enough hit the mark.
My Rating: ★★1/2 (C+)
Posted by Andy Buckle at 2:58 PM