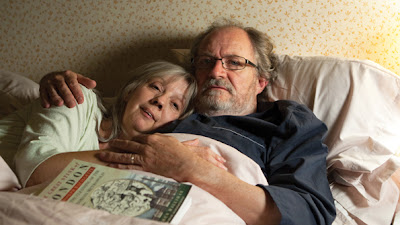 Mike Leigh, the acclaimed director of Secrets and Lies, Vera Drake and Happy Go Lucky, makes a return here with Another Year, a charming and truly memorable British drama. I actually haven't seen any of Mike Leigh's other films yet, which is a fact I should amend swiftly. This achingly sad, but often uplifting tale is full of beautiful moments and brilliantly drawn characters. Another Year premiered at the Cannes Film Festival and was in competition for the Palme d' Or, but unfortunately lost to Uncle Boonmee Who Can Recall His Past Lives. Despite this, it was one of the most acclaimed films at the festival and one of the most well received films of the year.

The film centers on the life of Tom and Gerri Hepple (Jim Broadbent and Ruth Sheen), a happily married couple, who have overcome most of life's demanding challenges, and are now approaching the autumn years of their lives. Besides their occupations they have no commitments and have time to enjoy their sunny, well-furnished London home, tending to their vegetable garden and entertaining friends, colleagues and family. Tom is an engineering geologist, and Gerri works as a medical councilor. The film is divided into four episodes, marked Spring, Summer, Autumn and Winter, and as the title suggests, is set over a period of one year. The film opens in the Spring with a yellow tinted lens, indicating the warm beginning of birth and growth. We watch as the couple potter around their vegetable garden, re-cultivating and mulching in preparation for the season, before having to shelter huddled together under their wooden shed to avoid a brief shower. They arrive back at their home and help one another unload the car. They seem like the perfect team. They don't need anyone else, but are happily content with just one another. 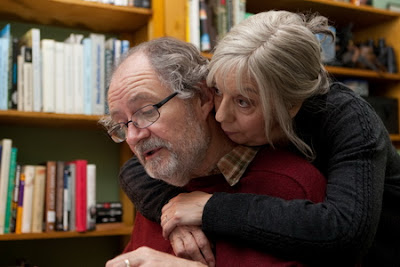 Throughout the film though we are revealed to their family and various acquaintances, who don't share the same content with their lives, and are suffering from varying degrees of unhappiness. We are first revealed to Mary (Leslie Manville), a flighty receptionist colleague of Gerri's at the surgery. She at first appears to be full of love and giddy with happiness, if lacking in common sense. But beneath her thin outer layer, it becomes obvious she is incredibly lonely and depressed over missed opportunities from her youth, as she approaches middle-age. She drinks heavily, and often resorts to lengthy impromptu accounts of her misery, misfortune and bad luck. Mary returns in each of the four lengthy vignettes, and Leslie Manville is absolutely outstanding. Mary is the sort of person many would find irritating and very willingly avoid, but Manville provides such raw emotions in her facial expressions and flailing mannerisms, revealing the tortured soul of a woman longing her lost youth and desperately seeking company, while proving that this character is as human as anyone you will meet. I guarantee you will have at some point met someone like Mary, but I challenge you to dislike her in Another Year. It's hard. 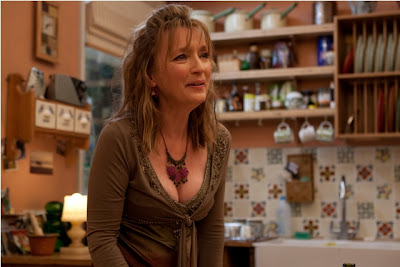 In the second vignette, we are revealed to Ken (Peter Wright), an old friend of Tom's who comes to visit in the Summer. He is an overweight, low confidence, middle-age mess, clinging to a job and dwelling on missed opportunities. He also drinks heavily, and blubbers in the company of the happy and successful couple. Tom and Gerri host a party, inviting Mary, their son Joe (Oliver Maltman) and various other acquaintances, including a doctor we are revealed to in the opening scene. At the time she was heavily pregnant, and has now given birth to the child. A drunk Ken spends the entire party hitting on Mary, while Mary makes it clear she has the hots for the much younger Joe. The film concludes in the Winter, with the palette of the lens shifting to colder and bleaker hues of blue and grey. Tom and Gerri's garden has stopped producing; having been fruitful throughout the film, and there is an unfortunate death in Tom's family, the wife of his brother Ronnie (David Bradley). Tom, Gerri and Joe drive up to Darby to visit, and take care of the modest funeral service. They are met with hostility, however, from Ronnie's estranged and volatile son Carl (Martin Savage) and decide to bring Ronnie back to their place for a while. The film concludes with a mixture of hope and heartbreak, made all the more emotionally resonant by the lingering closing shot. 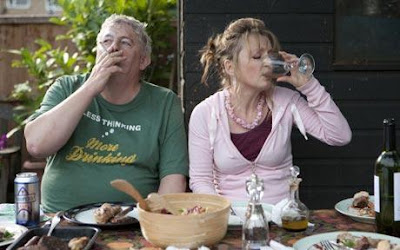 The settings are all intricately detailed, and often naturally lit by the sun streaming in through the windows. Many of the sequences feature very few cuts, the camera lays idle and seeks to observe and allows the actors freedom to work their lines. What is so special about Mike Leigh's films is that he spends months prior to shooting working with the actors to flesh out the personalities of the characters. The scripting is limited, and left to the performers to naturally deliver their lines as though they are embodying the characters. As I have said, Leslie Manville is astonishingly good, and should feel like she missed out at the Oscars. Another Year, which was always a serious challenger to make the ten Best Picture nominees, also deserved a spot. I actually found it more touching and poignant than The King's Speech, which led all nominees with twelve. Jim Broadbent (who is always exceptional) and Ruth Sheen are both delightful as the Hepple's. Not in recent memory have I seen a cuter elderly couple on screen. Actually, the entire ensemble of veteran British actors are all pitch perfect and deliver expertly timed performances under Leigh's guidance. Leigh's direction is assured and the production is flawless. 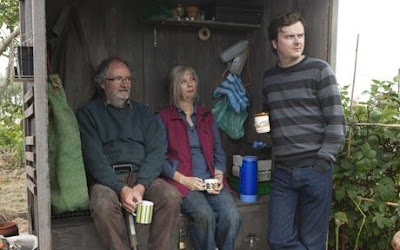 Mike Leigh's films are about real people and situations, and challenge the audience to understand the characters by drawing from their own experiences in life, and the people they have met. In Another Year we are revealed to the happiness and content of having lived during ones youth, and surviving each year full of hope for the future and feeling protected by the warmth of companionship. We are also revealed to the despair and confusion from those who do not. The uplifting feeling of growth is met with the pain of death and loss at the culmination of the story. This is first realized through Tom and Gerri's ever-prospering strength and companionship, which certainly suffered an ordeal throughout the entirety of the year, and Joe's blossoming relationship with his girlfriend. Pain is realized through Mary's inability to cope without the friendship of Tom and Gerri and her devastation at losing Joe, and Ronnie's mourning over his wife. It's slow paced and deliberate, lingering on the beautiful moments in life. It is full of memorable scenes, but it is particularly engaging whenever Leslie Manville is on screen. Weaving an often funny, but also devastating tale of happiness, companionship and the connection between the two, this is a richly textured film experience. One of the best films of any year!