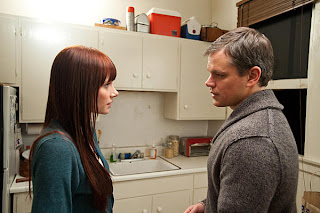 What happens when we die? Are our souls transported to a hereafter? Is there any way to communicate with lost loved ones? The new film from Clint Eastwood, his 34th endeavor as director, attempts to contemplate these questions. Hereafter closely follows a blue-collar American man (Matt Damon), a French television journalist (Cecile De France) and a young English boy (Frankie McLaren), who all experience death in different ways. The film balances, and somewhat unevenly, these parallel stories. They gradually begin to become interconnected and converge towards one another, culminating in the character's experience of one another.

The film opens in Thailand, as famous French television journalist Marie Lelay (De France) finds herself the victim of the 2004 Indian Ocean tsunami. Pulled from the water and unsuccessfully resuscitated, she gasps back to life after having been believed dead. During her near death experience she has a vision of human figures inhabiting a realm of light, a likely window into the unknown hereafter. Following her recovery and return to Paris with her boyfriend, the visions continue and impact her work, resulting in her replacement. She decides to write and publish a novel documenting her experience, called Hereafter: A Conspiracy of Silence, seeking out renowned specialists who have accumulated proof of a possible afterlife, based on the experiences of people like Marie. 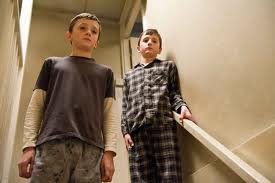 The film shifts to London, and follows twelve-year old twins Jason and Marcus, who are trying desperately to protect their alcoholic mother from losing them to child services. When Jason agrees to make a trip to the local pharmacy to pick up a prescription, he is hassled by street thugs and in the ensuing escape is hit and killed by a car. Marcus is devastated and is taken from his mother and placed in Foster care. Missing his brother terribly and struggling to deal with being alone, he seeks out a means to communicate with his brother, a journey that eventually leads him to a psychic named George Lonnegan (Matt Damon).

Lonnegan, who lives in San Francisco, is a former professional psychic and genuine clairvoyant. He has the ability to communicate with the dead, but abandoned his profession after finding himself unable to deal with the emotional impact of the reunions. He is continually pressured by his brother (Jay Mohr) to take it up again, but is content with his labour job. He is quietly spoken and lonely, and because of his affliction, he has always found it difficult to meet and interact with people. During a cooking class he meets the beautiful Melanie (Bryce Dallas Howard), and the pair briefly hit it off, but not before she pressures him into a completing a reading, with horrifying results. Wishing to escape it all, he takes a trip to London. The film culminates at a London book fair. Marie is conducting a signing of her successfully published novel, the subject of which captures George's eye. At the same time, Marcus recognizes George from his still existent website, and George reluctantly provides the boy with one final reunion, a decision that will completely change his life. 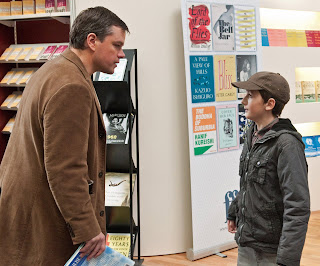 Hereafter is a pretty disappointing supernatural drama that is severely let down by a plodding script. There are some standout moments, notably the early tsunami sequence, and the emotional jolt of the London underground bombing, but each strand misfires in its own way, culminating in their inevitable convergence, which provided few surprises. Damon and Cecile De France make their performances count, but I couldn't help but feel that Damon has been miscast by Eastwood (who directed the man to an Oscar nomination in Invictus), who's painfully dull direction style offers little appeal here. Having consistently produced great films throughout his career, Hereafter cannot be considered amongst the same company. The cinematography is bleak and uninspired, but Hereafter is also clumsily put together. The three stories each have their moments, but structurally it is so disengaging, that any emotional power is lost in the time of absence from the characters. Each story is heartbreaking at times, but the conclusion is genuinely uplifting. Damon's was the most resonant, and the sequences with Bryce Dallas Howard were especially watchable. The film deals with death, but is so void of substance and life itself that it almost feels dead too. A patient audience will find reward, but this will likely send lots of people to sleep.

Despite its flaws, it remains thoughtful and committed. While it may not prove convincing to skeptics of a genuine 'hereafter' it provides audiences with something to ponder. While this philosophy has been examined before, few have managed to accomplish it on such a sensitive side. The narratives are never given a kick. The London Underground bombing is a pretty significant moment and jolted me back to full attention, but the emotional impact of the event is lost in the performance of the young boy. Eastwood's decision to cast a child without any prior acting experience was a mistake. Perhaps they indulged too much on the epic opening sequence, but throughout all of Damon's readings of his clients, and his conversations with the dead we never see what he is seeing or hear what he is hearing. He is communicating it to his client, and the audience. If not for the initial quick shot of the illuminated figure he has made contact with, it is not an unnatural assumption to assume it was all a scam. Hereafter has come under attack by critics, but there are certainly worse films out at the Box Office. It tackles a pretty strong subject, and has it's moments, but feels way too long. I found myself squirming, and that's never a good sign. Unfortunately an uneven script, and a laborious pace leave it pretty underwhelming and forgettable overall.