Boxing Day is one of the biggest days in the Australian film calendar, setting up the Summer holiday season. Notoriously there are diverse array of films released - blockbusters, family films, foreign-language and indies. For three years in a row (2001-03) Peter Jackson's The Lord of the Rings were the poster films of the Boxing Day slot. This year, Jackson's first installment in his Hobbit trilogy, is joined by Tom Hooper's screen adaptation of the world famous musical, Les Miserables. That should be cause for some anticipation, but do they live up to their potential?

Check out the other releases below, and take note Parental Guidance is the only release not reviewed. 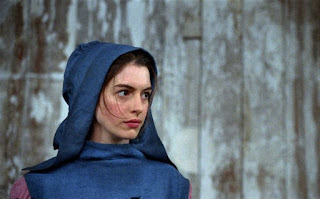 Les Miserables - Set against the backdrop of 19th-century France, Les Misérables tells the enthralling tale of Jean Valjean (Hugh Jackman), a man who survives nineteen years of imprisonment and becomes a town mayor. Pursued by a relentless police inspector after breaking his parole, Valjean involves himself in the lives of those that need his help. Tom Hooper’s (The King’s Speech) garishly epic screen adaptation of the timeless tale of redemption features a large ensemble cast and though his bombastic ambition doesn’t amount to a wholly successful work, but there are some remarkable sequences. One can’t deny its sweeping spectacle and the fantastic work from most of the cast. While there is every chance of the unacquainted musical novice falling under Hooper’s spell, this wearying tale is better catered for connoisseurs of the genre. But, when Les Misérables peaks its reaches incredible heights. The rousing songs – sung and recorded live on set – are the result of a daring approach. Whether sung by individual performers or the ensemble as a whole, they are always endowed with energy and sung with passion, and as a result, stir the emotions. The buzz surrounding Anne Hathaway’s performance is justified too. She is pretty much perfect in a role that’s over within the film’s opening hour. Her rendition of ‘I Dreamed A Dream’ is one of the highlights – so good one could argue the film never tops it again. Also impressive is Eddie Redmayne. In a film where everything is sung, I couldn’t fault his work. Though let down by a fatiguing length and inconsistent technical decisions, Les Miserables is an operatic and epic tale of social injustice, redemption, uprising and love, boasting some toe-tapping numbers and cinematic grandeur. ★★★1/2 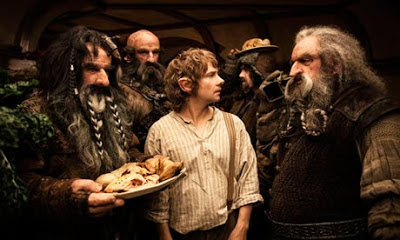 The Hobbit - I have decided not to write a feature review of The Hobbit as I wasn't particularly keen on it - and contemplating on it has provoked a less than enthusiastic desire to write - though I did enjoy a good deal of the exciting and much-improved second half. The 3D 48fps, after initially being distracting, became tolerable, though I feel like it is an unnecessary tech addition that resulted in an image that was so sharp (video game-esque) that it removed this adventure from the realm of reality. The great thing about accompanying the characters in The Lord of the Rings was the fact that Tolkein's world felt realistically brought to the screen, and in The Hobbit everything feels manufactured and enhanced by CGI. My biggest gripe is lack of narrative drive and the episodic, exposition-heavy story that is evidently padded to account for the three films. This is a children's novel that moves briskly and is an engaging read, yet only about six chapters from the novel are covered. There are extra sequences to tie this world into the one already built in Lord of the Rings. The troll episode is awful, and a stopover in Rivendell was frankly unnecessary. Freeman (perfectly cast, despite channeling Tim from The Office) is such an affable and endearing presence, while Serkis is terrific as Gollum, who provoked one of the few emotional responses, gave the film a lift & finally allowed Bilbo to shine independently (something that is disappointingly absent for the most part). I will check it out again in 24fps 2D in the hope of greater appreciation, but for now: ★★★ 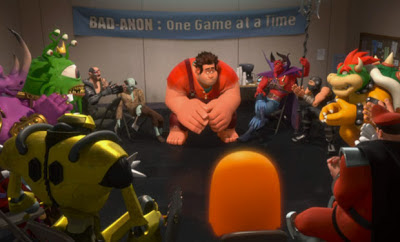 Wreck-It Ralph - Imagine if there was an intricate world inside of the arcade games you loved to play when you were a kid? What if those little 2D characters had a life of their own? Wreck-It Ralph (voiced by John C. Reilly), the antagonist of Fix-It Felix, Jr, is tired of being shunned by the other characters in his game (whereas the hero, voiced by Jack McBrayer, is celebrated and rewarded). Despite his day job, he’s not a ‘bad guy’, and after growing tired of being ignored, decides to leave his game to prove that he can earn a medal in the hope of being accepted. Overall, I was disappointed by Wreck-It Ralph, a film that starts out a lot of fun before losing momentum when the story moves to Sugar Rush. There is an exciting race sequence featuring gobstoppers as obstacles, and some inventive traps like a diet cola/Mentos swamp that can be singled out as conceptual highlights, but it certainly wasn’t memorable or offers enough to warrant a revisit, as the very best animated films do. The eye-popping colours and relentless energy should keep the kids entertained, and many gamers will find it a nostalgic hoot, but a poorly paced narrative weighs down this sweet family romp. ★★1/2 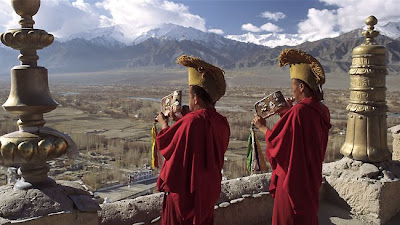 Samsara - A unique and extraordinary feat of documentary filmmaking tha explores, through a carefully considered ordering of breathtaking HD images, a series of worldly phenomena. It works as an often-mesmerizing trance-like journey that captures all forms of the human experience – including the natural, the spiritual and the artificial – and should provoke an array of reactions. One of the most prevalent themes is the juxtaposition between images of mass production and mass consumption, with a clear message to demonstrate the extent of humanity’s waste and convey how our planet has recently been ruined by both consumerism as well as natural disaster. There are some sequences that are edited to evoke said message in a heavy-handed way. The rhythm of the images – though they are very interesting and stunningly beautiful – are inconsistent. Samsara is certainly a weird film – similarly an awe-inspiring, enlightening and confounding experience. We feast our eyes on beautiful feats of filmmaking, images we have no comprehension as to how they were even achieved, and images we are unlikely to ever see again. Fricke and Magidson leave viewers with a lot to process and individually contemplate on, and though I found it to be a profound experience, it wasn’t quite as resonating as I’d hoped and expected it to be. ★★★1/2 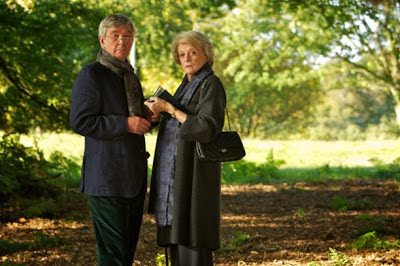 Quartet - Reggie (Tom Courtenay), Wilfred (Billy Connolly) and Cissy (Pauline Collins) are three retired opera singers who live together, along with a community of gifted elderly artists, at Beecham Hall. Every year, to celebrate Guiseppe Verdi’s birthday and gather funding, the house puts on a gala concert. With the unexpected arrival of Jean Horton (Maggie Smith), Reggie’s ex-wife and the fourth member of their once-famous quartet, the three try and convince her to reunite with them on stage - bringing up old rivalries and unresolved personal tensions. Though enjoyable, Quartet is poorly paced. Even at a brisk 90 odd minutes, it is evidently drawn out. Connelly seems to have a great time offering up a barrage of cheeky anecdotes. A lot of them stick, but a lot of the interactions with fellow residents feel a lot like outtakes. It is like Hoffman (Dustin, his directorial debut) filmed him wandering around making wisecracks in a conscious attempt to free the film from feeling stuffy - leaving the indoor confines to explore the house’s beautiful grounds. Smith is well cast as the forlorn ex-diva repressing a lot of sadness and regret, and the film’s most emotionally involving moments emerge when we learn about Jean and Reggie’s past and the way they wrestle with their confusing emotions after all of this time. Quartet isn't a game changer, but a light, charming affair that aims to please audiences that fell for The Best Exotic Marigold Hotel. I wasn’t so satisfied with the film overall, but the cast is appealing and likeable, and it is worth a look to see how Hoffman handles the reigns as a late-blooming director. ★★★ 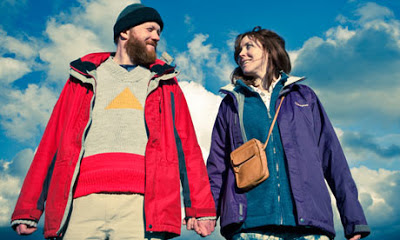 Sightseers - A twisted British road movie that defies genre classification with erratic tonal changes. It is a genuinely hilarious black comedy at times, but then it takes unsavoury turns into psychotic serial killer thriller territory. Often the blend of situation-humour mixed with the duo’s sickening actions rubbed me the wrong way. It is a fatiguing adventure, one that takes surprising twists and turns that are just as inconsistent as the character’s motivations and attitudes. Caravanning couple Tina (Alice Lowe), an ordinary sheltered suburbanite, and Chris (Steve Oram), a ginger bearded adventurer and wannabe writer, go on a trip to see the Northern England she’s been missing. When Tina gets an insight into Chris’ anger the holiday turns from picturesque to grotesque. Sightseers is definitely a film that will work better with the British than an international audience. The comedic timing between the lead pair is excellent but our sympathies, when present, shift uneasily between them and often the humour is competing with the prior establishment of ill feeling. Director Ben Wheatley (Kill List) is a man with a bold, unique vision and exuberant confidence. There are no evident boundaries to his filmmaking and he has an unflinching eye for brutal, bloodthirsty violence, and an uncanny ability to build a morbid atmosphere. Despite not particularly enjoying myself, some striking visuals and a ballsy ending ultimately result in my tepid admiration for the film. ★★★


Recommendation: My highest graded films here - Les Miserables and Samsara - are certainly not going to appeal, or be praised, by a wide audience. But, I found them to be the two that most consistently provoked an emotional response, and showed glimpses of greatness. The Hobbit, Wreck-It Ralph and Sightseers were very disappointing, so I find it hard to recommend rushing out to see them, but who am I kidding, people will flock to see The Hobbit. Every film here has appeal - whether it is for kids (Ralph), Tolkein fans (The Hobbit) or the old folk (Quartet) - but I am already looking ahead to some of the January releases.
Posted by Andy Buckle at 1:05 PM