I hope everybody had a relaxing Christmas Break, and here's to bigger and better things in 2012.

I am going to keep this brief. In December I went back and re-watched a few films I thought highly of throughout the year, but wanted to solidify my thoughts for my End-of-Year lists. Online at Graffiti With Punctuation you can find my Top 25 and Worst 10 Films from 2012. More than half of the films I watched in December were re-watches and apart from Marina Abramovic: The Artist is Present, The Crying Game and two surprises (Jack Reacher and This is 40) I didn't see much of note. 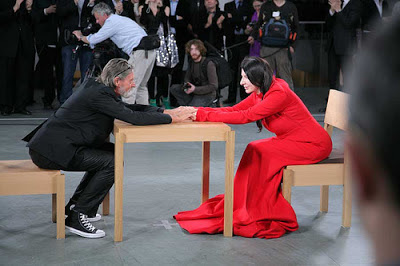 Before listing all of the films, here are my 2013 resolutions:

As I am moving in with Sam in a few weeks, we want to take the time to set up a sweet pad.

Continue to independently study film and further improve my writing.

Read 10 novels. I hardly ever read novels. This has to change.

Write 2 short film screenplays. Something I have been wanting to try my hand at for a little while now.

Catch up on TV. I have been recommended so many shows and have never got around to watching them. Also, I would love to re-visit Six Feet Under and The Sopranos.

Completing all of this will mean that significantly less time will be spent watching films. It has to be done. As you will see below I watched almost 400 films in 2012. Next year I feel like it will be closer to 250. Making better use of my time and utilising it to be healthier and immersing myself in a few different mediums is something I want to do. I look forward to continuing to share my experiences and opinions - and offer recommendations - with you here, whether it is film, music or otherwise.

The Perks of Being A Wallflower (Stephen Chbosky, 2012)