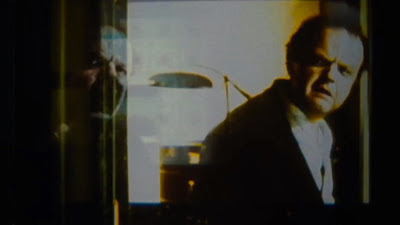 As we near Christmas, I think everyone's lives get a little busier. Throw in an abundance of screenings to end the year, keeping up awards mania and shopping for those last gifts (exactly what I am doing after this post), there isn't as much time for writing. I am trying to keep up with everything. My reviews of upcoming Boxing Day releases, Wreck-It Ralph Les Miserables and Sightseers (and coming soon - Quartet and Samsara), as well as Judd Apatow's new film This is 40, can be found at Graffiti With Punctuation. Here on The Film Emporium I have been constructing some End-of-Year Lists. My Top 5 Australian Films and Best Male/Female Performances of 2012 have received some attention.

Margeret's Movie of the Month is Soderbergh's Solaris. After falling for Tarkovsky's last month I am intrigued to see what Mr. Soderbergh comes up with.

Steve reviews the Powell and Pressburger I am most excited to see next, A Matter of Life And Death.

If you admired Silver Linings Playbook (haven't yet seen it) you will be interested in Amir's spirited defence of it.

Alex shines the spotlight on Michael Haneke and lists his Top 10 Movies Set In A Prison.

Sam lists her Top 6 Soundtracks of 2012 and Chris reviews new Apatow (This is 40) at An Online Universe.

James has been catching up with the good stuff. Check out his thoughts on Once Upon A Time In Anatolia and Oslo, August 31st.

Sam Fragoso makes a big announcement - and reveals some exciting news - about Duke and the Movies.

Kwenton has just joined the team at Graffiti With Punctuation. Check out his first review: Smuggler. In the hope of inspiring more people to see Krzysztof Kieslowski's Three Colours Trilogy, I added Red to the Five Star Films canon.

Tom Clift dug Jack Reacher (as did I). Check out his review, and interview with writer/director Chris McQuarrie.

and finally, Jessica shares 10 Things She Loved About The Hobbit.

Though my content will not stop over the next two weeks, this is the last links post I will have the chance to write before Christmas. SO, I would like to thank everyone who has stopped by the site (and returned) over the course of the year and left me feedback. Your support and your individual work inspire me everyday. I need to make more of an effort to leave feedback of my own (add it to my 2013 resolutions). I wish you all a Merry Christmas and look forward to discussing all things film again in 2013.
Posted by Andy Buckle at 10:29 AM