Sightseers is a twisted British road movie that defies genre classification with erratic tonal changes. It is a genuinely hilarious black comedy at times, but then it takes unsavoury turns into psychotic serial killer thriller territory. Often the blend of situation-humour mixed with the duo’s sickening actions rubbed me the wrong way and my initial reaction was a state of confusion. It has taken some processing to arrive at a concrete opinion. It is a fatiguing adventure, one that takes surprising twists and turns that are just as inconsistent as the character’s motivations and attitudes. 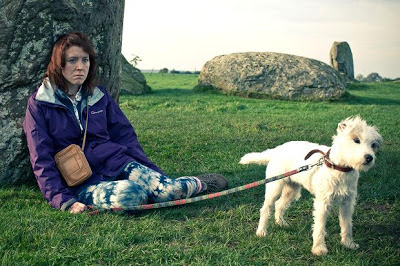 Caravanning couple Tina (Alice Lowe), an ordinary sheltered suburbanite, and Chris (Steve Oram), a ginger bearded adventurer and wannabe writer, go on a trip to see the Northern England she’s been missing. When Tina gets an insight into Chris’ anger the holiday turns from picturesque to grotesque.


Continue reading at Graffiti With Punctuation.
Posted by Andy Buckle at 11:14 AM