This afternoon the Australian Academy of Cinema and Television Arts (AACTA) announced the nominees across forty film and television categories for the 2nd AACTA Awards. 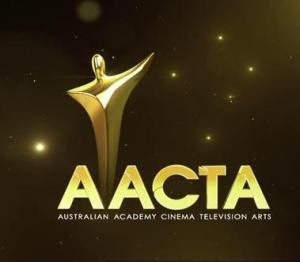 It was also announced that the Awards Luncheon would be taking place on Monday 28 January 2013 with the Ceremony and After Party taking place a few days later on the 30th.

Following a new major partnership announced yesterday, which sees The Star join AACTA as Destination Partner, both events will be held at the new Star Event Centre, a celebration of the new partnership and the public introduction for the venue.

To see which films led the nominees, continue reading at Graffiti With Punctuation. For GWP interviews with Luke Carroll, Jimi Bani and Susan Boyle in the wake of their nominations click HERE.
Posted by Andy Buckle at 9:34 PM