The ambitious Cafe De Flore, Written and directed by Quebecois filmmaker, Jean-Marc Vallee (C.R.A.Z.Y and The Young Victoria), is a dazzling construction; beautifully photographed and edited, with a crisp sound design and memorable soundtrack, and a dual-strand plot that is mystifyingly complex, densely layered, and consistently challenges the audience’s perception with its energetic non-linear narrative style. For a while one wonders how these two stories will ever be connected and the film’s mystery in the end rests in how one interprets the extraordinary connection – between the past and the present, between the timelessness of love and whether attraction is influenced by forces beyond nature, and the extraordinary power of music. Café De Flore garnered 13 nominations for the 2012 Genie Awards, and Vanessa Paradis won for Best Actress. 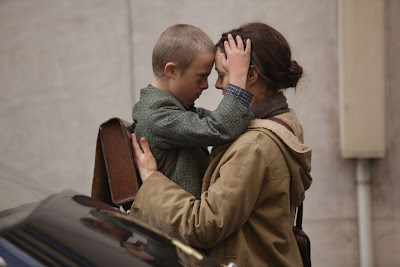 Two stories, which unfold decades apart, are elegantly intertwined in Café De Flore. The first, set in Paris in 1969, chronicles Jacqueline (an astounding Vanessa Paradis), as she raises her son, Laurent (Marin Gerrier), born with Down Sydnrome. Abandoned by her husband, but determined to give Laurent a fighting chance at life – despite a very short life expectancy - and ensuring a smile never leaves his face, Jacqueline puts him through a strict daily regimen with intense devotion and unwavering affection. This includes listening to Laurent’s favourite song, 'Café De Flore' by Doctor Rockit, a series of vitamin supplements and an inventive walk to school, with stops to take in the city's small pleasures. Her largely peaceful existence is thrown into turmoil when Laurent develops sweet but ultimately unhealthy affections for his classmate, Vero (Alice Dubois), who also suffers from Down Syndrome.
In present-day Montreal the focus is on a handsome and successful D.J, Antoine (Kevin Parent, in his debut film role), who seems to have it all. He lives in a lavish home with his beautiful girlfriend, Rose (Evelyne Brochu), and has two daughters. The girls’ mother, Carole (Helene Florent), was Antoine’s first love in high school and everyone, Antoine's parents most of all, expected them to be together forever. They were inseparable romantics, shared a passion for music, and if love was written in the stars, it was evident in this pair. But their growing differences – Antoine, a globe-hopping D.J, suffered from alcoholism and drug problems - have resulted in their separation.
Carole is struggling to accept his change of tune - to the stunning blonde he met in an AA meeting - while Antoine, the happiest he has ever been, is still haunted by his former vices (and there is a brilliant recurring image linked to this)  and an overwhelming guilt. Their relationship is still complicated. If they were soul mates, who is this new soul mate? Carole, who still listens to songs that remind her of Antoine, is clinging to the hope that Antoine will return to her, while Antoine is doing everything he can to move on. This is made difficult by his sulky daughter’s intentional music choices, reminders of his times spent with Carole. When Antoine and Rose announce their marriage plans, Carole much make a choice. 40 years prior, Jacqueline is forced to make one too. 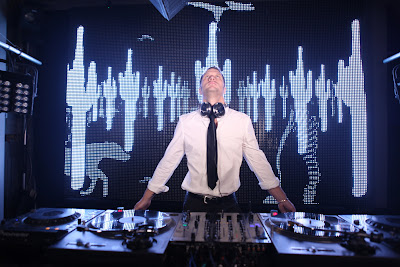 It is through Carole’s character where the links between the present and the past stem from – and though it initially seems like it is solely through Jacqueline and Carole’s love for the same song, Café De Flore by Doctor Rockit, a far more surprising and spiritual connection emerges, and both tales speed towards heartbreaking, yet satisfying conclusions. On a sole viewing, there are lots of puzzling elements about Cafe De Flore – and I think further viewings are required to completely unravel its mysteries. But, despite sitting in a state of confusion for a large part, there was never a moment I wasn’t compelled by what I was watching. It is so dazzling in its construction – so technically inventive, so brilliantly edited (in a style reminiscent of a D.J shifting between beats - and the film's rhythm owes to the use of such beats) – that letting this film unfold naturally will result in an emotionally rich and rewarding experience.
How important a role does music play in how you evaluate your life and place it in a field of perspective? Not only does the exceptional soundtrack play a huge part of this film on a stylistic level, but individual songs used in the film relate to the characters and remind them of their past, and of people they have shared a love of music with. Anyone with a love of music, and can attribute particular songs to periods of their life – a partner, a memorable event – will relate to this film in a unique and personal way. Anyone who believes in ‘twin flames’ – will also find the relationships in this film beautifully realized and at the same time devastating. 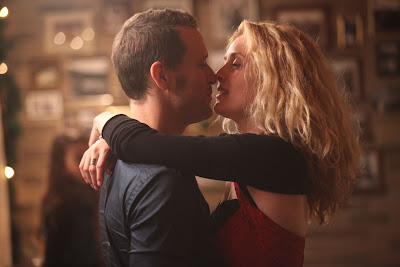 In addition to the wonderfully catchy soundtrack, the film is also stunningly photographed – and the visuals are altered to suit each of the stories – and as I mentioned before, a masterclass of editing. The film’s unsettling quality – which is hard to define, but nevertheless exists – becomes startlingly prominent in the film’s final third, which features an intense kaleidoscope of images and offers up the keys to unraveling this dazzling, and engrossing drama. I dare you to look away. The performances are all very good, especially from Vanessa Paradis. The relationship between her and Marin Gerrier, who is also brilliant, is so genuine, sincere and touching. Kevin Parent, a singer/songwriter and first-time actor, is very effective at capturing Antoine's romanticism and passion for music, but also relaying his bursts of anger and emotional baggage.
I think the film took a bit too long to bring the connection between the strands together. Accepting and processing each individual story is clear enough, it is why we are watching these two very different stories unfold that we question. What is interesting about Cafe De Flore is the fact that for a journey so intriguing, and there is such a lengthy build up, that there was a strong chance the conclusion would be a let down. It is, and it isn't. The final 20 minutes is so intense that one's satisfaction with the story is almost overwhelmed by Vallee's cranked-up style. I'm still not sure whether I liked the way the film addressed, and revealed, the connection - and completely bought into the idea of the presence of spiritual guides as well as soul mates - but there is no doubt that this is a powerful and unforgettable cinematic experience and has me intrigued to see more of Jean-Marc Vallee in the future.
My Rating: ★★★★ (B+)
Posted by Andy Buckle at 10:25 AM