It has been a little while since I posted here on Film Emporium, but I have actually been doing little else but watch films. After three busy straight stressful days at work, Sam and I hopped on a coach and made our way to Canberra, Australia's capital city, on Saturday morning. Two of our friends were generous enough to let us stay with them, and as there were a few films screening at the Canberra International Film Festival that we were interested in seeing, there was plenty of motivation. By the end of the weekend - which was very pleasant - we had seen Abbas Kiarostami's Like Someone In Love, Jacques Audiard's Rust and Bone (both of which screened at Cannes earlier in the year) and James Ponsoldt's American indie drama, Smashed. All of them were excellent and provoked a lot of contemplation and discussion. Reviews of each to come soon. 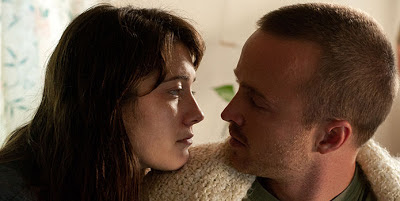 Recently, my review of The Sessions, which features a remarkable central performance from John Hawkes as a young man affected by polio, is now online at Graffiti With Punctuation. I also caught up with Andrei Tarkovsky's science fiction masterpiece, Solaris, one of only three of his films I was yet to see.

Here are some links for this week:

Alex gives Rust and Bone a glowing reception, and though I haven't read his review to see how he justifies his thoughts, I can certainly understand his admiration for the filmmaking...and the performances. Marion Cotillard take acting to a new level.

John reviews The Queen of Versailles.

Tom Clift has been reviewing for Film Ink. Check out his review of The Master.

Tyler is working his way through (and updating) his Top 100 Films. Check out numbers 90-81.

That's all for this week...I'm off to see Radiohead live. Hope everyone is well.