In cinemas this week: the 23rd installment in the James Bond Franchise, Skyfall, Julie Delpy's sequel to 2 Days in Paris, 2 Days in New York, the documentary about the infamous Harper's Bazaar fashion editor, Diana Vreeland: The Eye Has To Travel and Electrick Children. 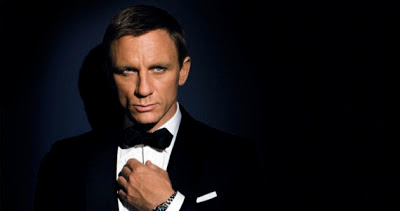 Skyfall - James Bond is back for another adventure in the 23rd installment of the popular spy franchise. Oscar winning British director, Sam Mendes (American Beauty, Road to Perdition), is the man at the helm for Skyfall, the third feature starring Daniel Craig as 007. A figure from M’s (Dame Judi Dench) past – a rouge agent named Raoul Silva (Javier Bardem) – resurfaces and targets MI6. Bond (Craig) with the assistance of his new Quartermaster (Ben Wishaw) traverses the globe in his attempts to take down this dangerous new threat.

2 Days In New York - Hip talk-radio host and journalist Mingus (Chris Rock) and his French photographer girlfriend, Marion (Julie Delpy), live cozily in a New York apartment with their cat and two young children from previous relationships. But when Marion's jolly father (played by Delpy's real-life dad, Albert Delpy), her oversexed sister, and her sister's outrageous boyfriend unceremoniously descend upon them for an overseas visit, it initiates two unforgettable days of family mayhem. The visitors push every button in the couple's relationship, truly putting it to the test. How will the couple fare. . . when the French come to New York?

Diana Vreeland: The Eye Has To Travel - During Diana Vreeland's fifty year reign as the "Empress of Fashion," she launched Twiggy, advised Jackie Onassis, and established countless trends that have withstood the test of time. She was the fashion editor of Harper's Bazaar where she worked for twenty-five years before becoming editor-in-chief of Vogue, followed by a remarkable stint at the Metropolitan Museum of Art's Costume Institute, where she helped popularize its historical collections. Diana Vreeland: The Eye Has to Travel is an intimate portrait and a vibrant celebration of one of the most influential women of the twentieth century, an enduring icon who has had a strong influence on the course of fashion, beauty, publishing and culture.

Electrick Children - Rachel is a rambunctious teenager from a fundamentalist Mormon family in Utah. On Rachel's 15th birthday, she discovers a forbidden cassette tape with rock music on it. Having never heard anything like it, Rachel has a miraculous experience. Three months later, Rachel turns up pregnant and claims to have had an immaculate conception from listening to the music. Rachel's parents arrange a marriage for Rachel, but Rachel runs away to the closest city, Las Vegas, to search for the man who sings on the cassette tape, thinking he has something to do with her mysterious pregnancy.


Weekly Recommendation: Skyfall is exciting and a lot of fun – the grittier modern take on the franchise is infused with throwbacks – but it’s not completely satisfying. With jaw-dropping action, Mendes’ steady direction, Deakins’ astounding visual spectacle and the return of a memorable villain, there are lots of reasons to check out the return of Bond to the big screen. I haven't seen any of the other films released this week, but as I liked 2 Days in Paris I would be interested in checking out the sequel.
Posted by Andy Buckle at 11:57 AM