New Release Review: All The Way Through Evening (Rohan Spong, 2012)

All The Way Through Evening, a thoroughly researched and immensely moving documentary by Australian filmmaker Rohan Spong, is the study of the New York music and art scene in honour of the talented artists whose lives were tragically cut short by the early onset of the HIV/AIDS pandemic in the 1980’s.

The preparations for the Benson AIDS Series charity concert, annually staged on December 1 (World AIDS Day) in Manhattan by Mimi Sterne-Wolfe, an aging New York concert pianist, occupy a large part of the film’s focus. But, in addition to this fascinating story, Spong has stretched the boundaries of investigation, capturing a number of personal accounts from the friends and family of men who never got the chance to fully prove their potential. In the process of putting together another concert – calling in old friends to assist and rifling through hundreds of compositions in search of the one she is after - we are privileged to accompany Sterne-Wolfe on her journey and hear her commentary. 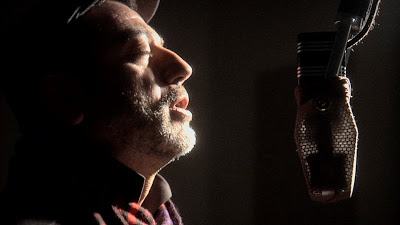 Her inspiration comes from the fantastic compositions and operas (often unfinished and unperformed) of her late friends - along with powerful rehearsals and performances of those works. Spong’s interviews are intimate and often-heartbreaking talking head accounts of people recalling their friends and loved ones; whether it is about the deceased’s unique artistic talents, their openly gay lifestyles or the early fears and prejudices that arose following the revelation of the HIV/AIDS pandemic. These accounts are unashamedly direct and revealing, and consequently, deeply affecting.

All The Way Through Evening, accompanied by the beautiful composed by Robert Savage, is not just an insightful investigation into the HIV/AIDS pandemic and how crippling it was for the gay community and the art scene, but it is also a touching collective eulogy for these artists, a celebration of their lives and talents. Brought to life by the colourful interviewees and sensitive direction, this is undeniably an important memorial work.

All The Way Through Evening will be released nation-wide over the World AIDS Day weekend, commencing this Thursday, November 29th. It is screening for a strictly limited time at Dendy Newtown (Sydney), Cinema Nova (Melbourne), Palace Centro (Brisbane), Mercury Cinema (Adelaide) and Dendy Cinema (Canberra). All proceeds from screening on Saturday December 1st will go to individual HIV/AIDS organizations in each state.
Posted by Andy Buckle at 4:53 PM