I watched 'Smashed' at the Canberra International Film Festival earlier in the month. 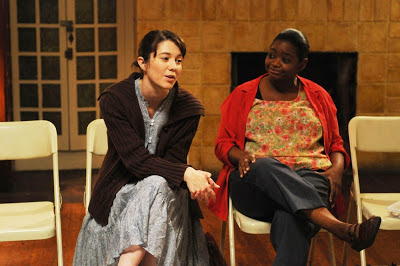 Smashed, directed by James Ponsoldt and written by Ponsoldt and Susan Burke, won the U.S Dramatic Special Jury Prize For Excellence in Independent Film Producing at the 2012 Sundance Film Festival. This impressively directed indie drama convincingly captures the trials and tribulations of substance abuse and provides a showcase for the talents of Mary Elizabeth Winstead (Scott Pilgrim vs. the World).

Kate (Winstead) and Charlie (Aaron Paul, Breaking Bad) are a young married couple who enjoy having a good time together. Their bond is centered on a mutual fondness for music, dancing and drinking…heavily, which places her rewarding primary school teaching position in jeopardy.


Continue reading at Graffiti With Punctuation.
Posted by Andy Buckle at 9:50 AM