I never knew that Arthur was a re-make until I recently read a review which outlined this fact. Having never heard of the 1981 version starring Dudley Moore caused me to think about two scenarios; the first being that Jason Winer's Arthur was an unnecessary re-invention of a comedy classic, or that it was a re-attempt at an ill-received stinker. It could have been either, to be honest. No matter the reasoning behind the decision to produce this film, it is an infrequently amusing comedy, that possesses a surprisingly big heart. Fans of Russell Brand will find plenty of enjoyment here, though comedy fans looking for a fresh idea, will not be so pleased. 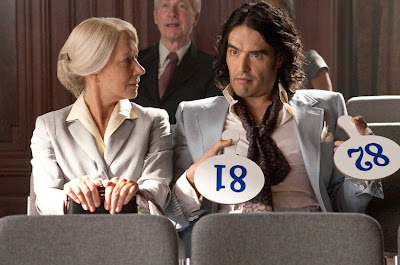 Loveable comedian and performer Russell Brand plays the boozy, irresponsible rascal and playboy billionaire, Arthur Bach. As a man too involved in partying and uninhibited spending to have worked a day in his life, Arthur has always relied on two things to get by; his limitless fortune ($950 Million) and the good sense of his lifelong nanny and closest friend, Hobson (Helen Mirren). Living in his rooftop Penthouse apartment amongst his unlimited selection of expensive toys and bedding any women he likes, Arthur has never really grown up. When his unpredictable public image threatens the reputation of the family foundation once too often, he is called in and given an ultimatum by his mother. The terms are to marry the unlovable but ambitious corporate executive, Susan Johnson (Jennifer Garner), who in turn will become the face of the company and keep him in line, or say goodbye to his huge inheritance for good.

A disgruntled Arthur, incapable of surviving without his grand wealth, begrudgingly agrees to the wedding. Things begin to get complicated because Arthur has just fallen for a beautiful New York City tour guide and promising children's writer, Naomi Quinn (Greta Gerwig), who shares his spirit for life, adventure and spontaneity. At what cost will Arthur choose to fight for what he wants? Though frequently wild, crass and immature, it is clear that Arthur's troublesome drinking problems mask a charming, thoughtful and kind-hearted attitude to life. The often beautiful moments he spends with Naomi reveal these traits, and she manages to not only accept him for who he is, but is the inspiration he needs to forever change his life and become the man his father would have wanted. 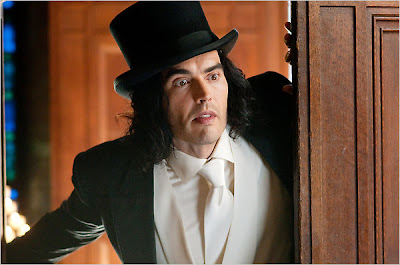 The story is very, very predictable. There are few surprises, and the structure could not be more conventional. There is some requirement to suspend-your-disbelief too. The laughs are often big, but too infrequent. Actually, I don't remember laughing during the early stages, and many jokes fall flat at times. The middle third, when Arthur is pursuing Naomi, is certainly the strongest. The conclusion drifts into cliche, highlighted by uninventive montages. Of course, torn between the two women Arthur seeks the guidance of Hobson, the woman he knows best. Sounds pretty familiar, right?

Nearly all of the supporting characters are shallow, stock figures with little purpose. Luis Guzman, as Arthur's chauffeur and friend, Bitterman, should feel horribly embarrassed by his role here. Nick Nolte gives an awful performance and looked more drunk than Brand in most of their scenes. Jennifer Garner is one of the most irritating actresses around. I can't think of a film I have liked her in, and again, she plays a plain-looking and controlling annoyance. The gorgeous and very promising Greta Gerwig (Greenberg) is the polar opposite of Garner's character, which is a bit incredible. But Gerwig is sweet, funny and effortlessly quirky here. The woman is a talent. Her performance and the chemistry she shares with Brand was pretty impressive, and the scenes featuring them together are by far the most memorable. I thought the first time they go back to Naomi's house and chat at the dinner table is the best scene in the film. Helen Mirren is an old faithful, and while she looked bored at times, her presence is warming and her latter scenes resonated with me emotionally. 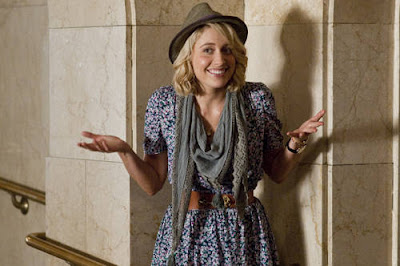 The show belongs to Russell Brand, and his charismatic performance provides the rambunctiousness that his character requires. Many will argue that he is playing himself again, only instead of being exposed to him in small doses (like we were in Forgetting Sarah Marshall), he is front and centre in every scene. Sure, his acting range is pretty slim, but he is a funny man, and his freedom to improvise allows room to display his extensive comedic skills. I also thought that within his silliness there were glimpses of a man who is misunderstood and wrongly dismissed as an immature fool. We discover that Arthur has a big heart, and his love for Hobson and Naomi is genuine, but I thought that Brand threw in flashes of this man when you least expected it. I thought he carried the film and kept it afloat. I wish some laughs came from someone else. Though unnecessary, generic and predictable, this is a moderately amusing comedy that will please Brand fans. Though it could have been much better, I enjoyed it overall. While I can't recommend a trip to the cinema to see it, keep it in mind following its DVD release. There are worse ways to spend a few hours.