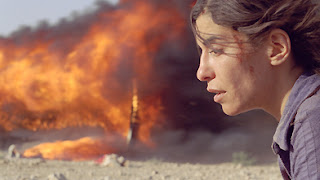 Opening tomorrow are six new releases Australia wide. Following the Red Carpet World Premiere at Event Cinemas on George Street last Sunday night, I'm sure many will be eager to flock to their closest multiplex this weekend to see the new Marvel blockbuster, Thor. I doubt the Academy Award nominee for Best Foreign Language Film, Incendies, will draw the same attention. I know what I will be seeing first, however. Also released this week are Fast Five, Arthur, The Tempest and Potiche.

Thor - Without doubt the biggest film of the week, and the beginning of the 2011 blockbuster season. In the coming months, comic book adaptations of The Green Lantern and Captain America are to follow, as well new installments of the Pirates of the Caribbean and Transformers franchise. Early reviews have been positive, Kenneth Branagh is an established director, and the cast including Chris Hemsworth, Natalie Portman and Anthony Hopkins, is solid. There's no question that the visuals will be stunning, but the addition of 3D means ticket prices will be ludicrous. Thor tells the story of partially disabled medical student Dr. Donald Blake who discovers his previously unknown alter-ego, the Norse warrior, Thor.

Arthur - I wasn't aware Arthur was a re-make, but this seems like a fairly generic story. Russell Brand plays lovable billionaire, Arthur Bach, an irresponsible charmer who has always relied on two things to get by: his limitless fortune and the good sense of his lifelong nanny and closest friend Hobson (Helen Mirren). But when his unpredictable public image threatens the reputation of the family foundation, he is given an ultimatum; marry an ambitious corporate exec (Jennifer Garner) who can keep him in line, or say goodbye to his inheritance. Conveniently, Arthur has just fallen for a beautiful New York City tour guide (Greta Gerwig). At what cost will Arthur stand up for what he wants? The casting immediately sides us with the promising Gerwig (Greenberg), because Jennifer Garner is one of the most irritating actresses around. Sitting on 26% on Rotten Tomatoes.

Incendies - From director Denis Villeneuve (Maelstrom), Incendies represented Canada as a nominee for Best Foreign Language Feature at the 83rd Academy Awards, losing out to the wonderful In A Better World. I was informed by an emotional couple leaving an advanced screening of the film over the weekend that "the intensity is relentless throughout and the conclusion leaves you floored". Twins Jeanne and Simon Marwan, upon being read their mother's will, are stunned to received a pair of envelopes - one for their father they thought was dead and another for a brother they didn't know existed. The twins retrace the steps of the woman who brought them into the world, discovering a tragic fate forever marked by war and hatred. I'm sure this will be worth watching.

Fast Five - The new installment in the Fast and the Furious franchise. Why anyone thought this was a good idea is beyond me. The key cast return for more ridiculous, high speed mayhem.

The Tempest - A big-screen adaptation of William Shakespeare's mystical thriller. It received an Oscar nomination for costumes I think, and is the third release starring Helen Mirren in the last two weeks.

Potiche - This comedy starring Catherine Deneuve and Gerard Depardieu was one of the more popular films at the French Film Festival last month. Deneuve plays a submissive, housebound 'trophy housewife', who steps in to manage the umbrella factory run by her wealthy and tyrannical husband after the workers go on strike and take him hostage. Quite well received, it looks like it could be fun, but it personally presents no appeal to me.