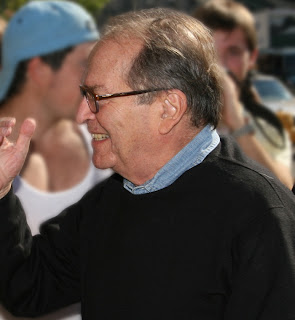 I was saddened to wake up this morning and hear about the death of Sidney Lumet, an American film director, producer and screenwriter whose filmmaking career spanned an incredible 50 years, with over 50 films to his name. Sidny worked with some of the finest actors in Hollyood and became known as an 'actor's director' due to his strong direction of actors, and for the social realism present in his greatest films. He is a substantial loss to the film industry. Sidney's fine resume includes 12 Angry Men (1957), Serpico (1973), Murder on the Orient Express (1974), Dog Day Afternoon (1975), Network (1976), The Verdict (1982) and Before The Devil Knows You're Dead (2007). His final film I regard as one of the decades finest works, but I am sad to have not seen more of his films to date. Sidney Lumet died in his residence in Manhattan, New York from lymphoma. He will be missed.
Posted by Andy Buckle at 8:34 AM