New Release Review: How I Ended This Summer (Alexei Popogrebski, 2010)

How I Ended This Summer, directed by Alexei Popogrebski, is a chilly psychological thriller (a description i'll use loosely, however) set at a remote meteorological station situated on an island in the Arctic Circle. Starring Grigoriy Dobrygin and Sergei Puskepalis in the lead roles, the film has been awarded a number of accolades at European Film Festivals. Most notable of these victories are the Silver Bear for Best Actor and Outstanding Artistic Achievement (Camera) at the 60th Berlin International Film Festival and Best Film at the 2010 London Film Festival. 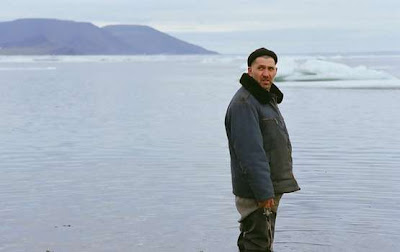 How I Ended This Summer features just two Russian men throughout its entirety. The first is Pavel (Dobrygin), a junior meteorologist stationed to supervise the first use of a new technological development. This system has the potential to navigate and predict the changing radioactive states of the site without the requirement of manual readings and syncs, which has long been the procedure and tradition. It is never revealed what the men were looking for and what the complications would be if it spiked to a serious limit. The other is Sergei (Puskepalis), an empowering senior meteorologist and family man who is a veteran of the station, having worked there at interval for years. He is a hardened professional who takes his job very seriously, competing each reading without emotion or error. We are revealed in the opening minutes that their outpost is an isolated, lonely and dangerous place, with Pavel in particular, at risk of falling prey to madness and cabin fever.

Pavel is frequently restless and rescinds into a shell accompanied by his MP3 player and violent video games, which he utilises as a source of distraction from Sergei, who clearly dislikes his naive and immature partner. Sergei also disapproves of the use of the equipment, dismissing it as unreliable. Sergei knows that he is perfectly capable of doing the job alone, but the presence of Pavel means that he can shirk his tasks and go trout fishing. This is his first and last grave mistake. With the inexperienced and incompetent Pavel alone at the station, he calls his superiors by the only source of communication, the two-way radio. They ask for Sergei, expecting him to relay the scheduled syncs, but his absence prompts them to ask Pavel to relay news to him. Pavel is informed that Sergei's wife and child (whom he frequently texts with) had been in an accident and been killed. Their transport from the island, the 'Academic', was set to reach their destination within five days. Pavel, after being roused on by a cranky Sergei for resorting to technology and relaying an incorrect sync, is intimidated by his frustration, and is afraid to relay the news. He then is forced to cope with the ramifications of this failure, as he tries to explain his decision to withhold the news to his superior and relay the message to Sergei without his awareness of the original cover-up. He descends into madness, overwhelmed with paranoia he finds himself on the run, having to flee pursuing polar bears, navigate the unreliable mountainous terrain and survive blizzards. 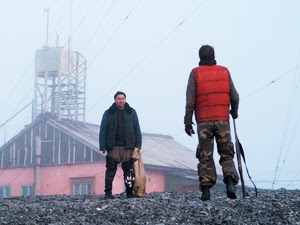 Throughout How I Ended This Summer, the long shots of the station from across the plain are incredible, as are the stunning captures of the violent Arctic Ocean and the surrounding mountains and ice lakes. Almost every shot is captured to look like a photograph, and the effect of the Red camera in heightening the feeling of isolation experienced by the characters is evident. While Popogrebski sure takes his leisurely time building an atmosphere, it doesn't really pull off anything memorable in the second half as the disoriented men turn on one another. Set in a beautiful but largely unexplored and rarely captured part of the world, the shooting location is certainly one of the highlights of this otherwise dull experience. I'm not regularly bored by films and during even the direst of films there is normally something to entertain or intrigue me. But with How I Ended This Summer my interest wavered a number of times. This is not to say that the film is not an impressive work of art. It is likely to have a very slim niche audience, however. About 20 minutes overlong, the build up, though calculated and necessary, felt laborious. I expected the tension-filled second half to rise to an overwhelming level and the pay off to be both horrific and powerful. Unfortunately, it was neither. The performances from both leads were very good though. 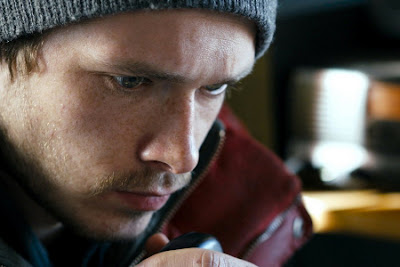 The main source of tension is due to its largely useless central character, whose inexperience, withdrawn and awkward personality and unwillingness to confront Sergei's intimidation causes a series of unplanned but avoidable events. His trouble is fuelled later by unwarranted paranoia. I saw that Sergei had no intention of killing Pavel, but wished to merely scare him. As Pavel scurries from his pursuer and camps throughout the night amidst a blizzard, Sergei turns to simply trying to save him. It is incredible what people will push themselves to do to survive, and the final effects of Pavel's disastrous decision making are never revealed to us, but are left for us to speculate on. The final shot of Pavel sitting alone thinking about his experiences perfectly encapsulates his descent into madness and his seriously misguided actions. How I Ended This Summer is a beautiful film to look at, but the pacing and the plot aren't nearly engaging enough to commit your full attention too. The film's drama is reliant on pretty questionable character flaws too. This is a shame because there was certainly potential for a great story.
My Rating: 3 Stars (C)
Posted by Andy Buckle at 10:17 PM