Quick Movie Ratings: All the Presidents Men and Maelstrom 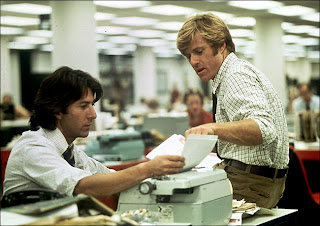 All the Presidents Men (Alan J. Pakula, 1976) - This is one of the finest, and most engrossing political thrillers I have ever seen, with some of the best examples of investigative journalism ever captured on film. Surrounding the infamous Watergate scandal, the unimportant story of the burglars arrested in the National Committee Headquarters is handed to Bob Woodward (Robert Redford) of The Washington Post. When he discovers that the men had bugging equipment, and have ties that stretch to Richard Nixon's special counsel Charles Colson, Woodward and his colleague Carl Bernstein (Dustin Hoffman) stumble across a story that links campaign funding for Nixon's Presidency to the account of one of the burglars. Their findings, which came from anonymous sources, and struggle to be legitimately proven, eventually resulted in Nixon's resignation. This is one of the most insightful and detailed accounts of newspaper journalism you will see, and based on the true account of the men. Hoffman, Redford, Jason Robards and Hal Holbrook and all give great performances, the pace is energetic and frequently engaging. 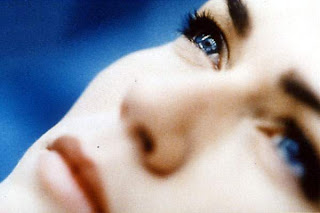 Maelstrom (Denis Villeneuve, 2000) - You know you are set for a strange experience when a fish narrates the story. A bloody, chopped up fish, whose amusing narration a hulking cleaver-wielding fishmonger often interrupts. Funny, frequently insightful and ultimately touching, this story of a young woman coming to terms with her life is highlighted by several stunning sequences. Daunted and overwhelmed by the task of running a trio of fashion boutiques and being the daughter of a celebrity, twenty five year old Bibi (Marie-Josee Cruz) is struggling to cope with life's building pressures. Bibi has her strength stripped; the film opens with an abortion, and later in the film she loses her business. She turns to alcoholism and drugs to escape. One night she hits an elderly fishmonger, who later passes away, with her car. Haunted by the incident, she decides to destroy the evidence, and drives her car into the lake. When she survives and given another chance, she ends up bonding with his grieving son, and turning her life around. Denis Villeneuve’s assured handling transformed him into a director to watch (and his latest feature, Incendies, was an Oscar-nominated masterpiece). The cinematography and soundtrack are also exceptional and the versatile central performance from the gorgeous Marie-Josee Cruz is superb.