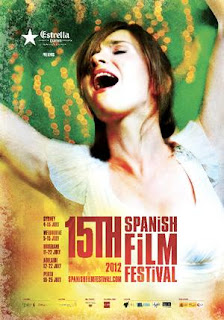 Salma Hayek, Ricardo Darin and Luis Tosar are just some of the stars of the Spanish-speaking world set to celebrate the 15th anniversary of the Spanish Film Festival on the big screen at Palace Cinemas nationally July 5 − 26.

Screening a select programme of the best in contemporary cinema from Spain and Latin America, the festival presents 22 acclaimed feature films across a wide range of genres, with a multitude of Australian Premieres.

The sharp selection, announced today, includes films from the recent editions of Spain’s own San Sebastian and Málaga Film Festivals, as well as films from many more of the world’s premier film festivals including the very recent 2012 Berlin, Tribeca, and Sundance Film Festivals. Also confirmed is Spain’s biggest domestic box office opener of all time, TORRENTE 4, and the biggest Goya Award (Spanish Oscar) winner of 2012, NO REST FOR THE WICKED, which beat Almodovar’s The Skin I Live In to take out awards in 6 major categories.
Festival Director Natalia Ortiz created the festival 15 years ago and is delighted to have watched it become the leading Spanish Film Festival in the Asia Pacific region. She says, ‘I am thrilled to see the festival celebrating its 15th birthday in 2012. It has been a long and wonderful journey enabling people to experience and to fall further in love with Spanish language cinema. The incredible feedback and response from audiences has always kept my own passion for the industry alive and well, and we are very proud to have introduced the early films of now hugely renowned filmmakers like Oscar winning Alejandro Aménabar, whose first film screened in the first edition of the festival!’ 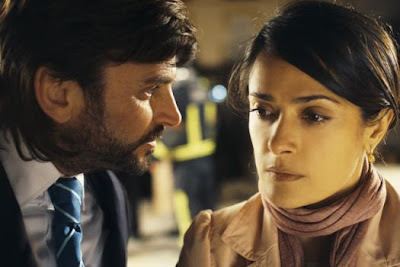 Salma Hayek shines in the OPENING NIGHT film - AS LUCK WOULD HAVE IT (La chispa de la vida, Spain 2011) a visually stunning contemporary satire - from the 2012 Berlinale and named the jewel of the Tribeca Film Festival by Indiewire - about an out-of-work renowned advertising executive who suffers an accident and plans to sell the exclusive interview rights to the highest bidder in an attempt to provide for his family. A 15th birthday fiesta with drinks, canapés and a live salsa band will follow the Opening Night screening.
Find out what else is playing after the jump...

Direct from the San Sebastian Film Festival and the World Competition at Sundance 2012 is the engrossing drama MADRID, 1987 (Spain 2011), directed by David Trueba, younger brother of former festival guest Oscar winner Fernando Trueba and a prominent writer and director in his own right. A compelling and highly cinematic two-hander, it stars the veteran Spanish actor José Sacristán as a respected reporter and the beautiful, young María Valverde as a journalism student who spend the day locked in a bathroom together after a seduction attempt backfires.
CLOSING NIGHT will treat Australia to the insomnia-provoking psychological thriller SLEEP TIGHT (Mientras duermes, Spain 2011) starring a pitch-perfect Luis Tosar (Cell 211, 18 Meals, Jim Jarmusch’s The Limits of Control) as an apartment block concierge in Barcelona who turns on the inhabitants after dark, from Jaume Balaguero, director of the ground-breaking REC.
Further reinforcing Spain’s position at the forefront of the thriller genre is NO REST FOR THE WICKED (No habra paz para los malvados, Spain 2011), - a box office hit in Spain and winner of 6 Goya Awards in 2012, having been nominated in almost every category. A thriller involving a corrupt cop, the Colombian Mafia and North African terrorists, it has been dubbed by Variety as ‘explosive … the kind of movie that gives dramas about bad cops a good name’.

From the 2012 Tribeca Film Festival is crime thriller UNIT 7 (Grupo 7, Spain 2012), directed by Alberto Rodriguez (7 Virgins), starring Antonio de la Torre (Cousinhood, Volver), about 4 policemen handed the tough assignment to eradicate drug trafficking from Seville ahead of the 1992 World Expo. In thriller DARK IMPULSE (Lo major de Eva, Spain 2011), Leonor Watling (Talk to Her) stars as a strong principled woman, who gives in to her sexual impulses, with devastating results.
Leading German actor Daniel Bruhl (Inglorious Basterds, Goodbye Lenin!) and Lluis Homar (Julia’s Eyes, Broken Embraces) star in the action packed WINNING STREAK (The Pelayos, Spain 2012), based on the true story of the Pelayo family who travelled the world winning millions of dollars at casinos by capitalizing on a roulette wheel’s imperfection. The real Pelayo family was there to support the world premiere screening at this year’s Málaga Film Festival.
From further afield than Spain, the festival includes films from Argentina, Colombia, Ecuador, Mexico and Peru. Some examples include:
Winner of both Best Film and the Audience Award at the Rome International Film Festival, and the 2012 Goya for Best Spanish Language Foreign Film, endearing drama CHINESE TAKE AWAY (Un cuento chino, Argentina/Spain 2011), set in Buenos Aires, stars celebrated Argentinean actor Ricardo Darín (The Secret in Their Eyes, Nine Queens) as a solitary man compelled to take in a Chinese lodger; female writer/director Rosario Garcia-Montero marks herself as one to watch with her feature debut, absorbing drama The Bad Intentions (Las malas intenciones, Perú /Argentina/Germany 2011), a coming-of-age tale of a young girl during tumultuous times in Perú, who convinces herself she will die on the same day her brother is born; from the 2011 San Sebastian Film Festival is the memorable road movie FISHERMAN (Pescador, Ecuador/Colombia 2011), about a village fisherman who encounters a Colombian beauty and finds a box of cocaine washed up on the beach, providing a way out of town for both of them, directed by Sebastian Cordero (Rage).
FESTIVAL DATES:
Sydney: 4 - 15 July (Palace Norton Street & The Chauvel)
Melbourne: 5 - 15 July (Palace Cinema Como & Kino Cinemas)
Brisbane: 11 - 22 July (Palace Centro)
Adelaide: 12 - 22 July (Palace Nova Eastend Cinemas)
Perth: 19 - 26 July (Cinema Paradiso)
Posted by Andy Buckle at 1:38 PM