Well here we are at the half way mark of 2012. I am still trying to gauge whether it has been a good year or not. I have seen some very good films but most of them had an overseas release in 2011 and are just hitting our shores late. There have been long droughts where there has not been a decent film, and much like last year, the best films I have seen all came over the course of the 12 days of the Sydney Film Festival.

As for the Blockbuster season so far, it has been solid; The Avengers was great, Prometheus was also very good - though it didn't hold up as well on a repeat viewing - and Brave was better than most have given it credit for. May was one of the weakest months for film I have experienced since I have been a serious reviewer, and there are only about 10 films scheduled for release in July, with only The Dark Knight Rises raising any interest, so pickings are slim. The two Snow White re-workings, Snow White and the Huntsman and Mirror Mirror weren't very good, while The Cabin in the Woods (after a delayed and ultimately very minimal release) has staked its claim as the funniest and most entertaining film of the year.

Anyway, I'll recap the blockbuster season at the end of August, but for now, here are my top picks of the year so far: 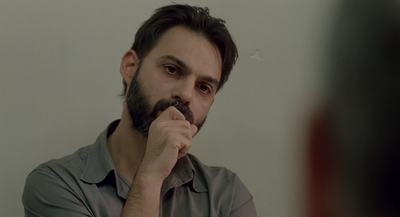 
After the jump, check out my alternative Top 20, governed by my personal rules:

With the exception of any 2012 U.S release in an Australian cinema before March 1, this list includes every film I have seen for the first time in a cinema, including film festivals (and as a result some currently unreleased Australian releases), from March 1. Pretty much films I have seen post-Oscars because 90% of films released here in Jan/Feb were late 2011 releases screening for the Oscar season. 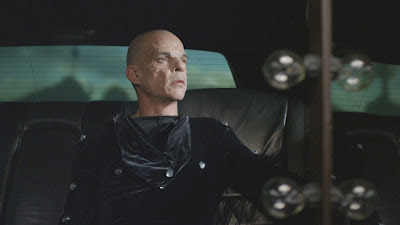 1. Holy Motors - "Leos Carax has not made a film since 1999 and his anticipated return here is a masterfully crafted, visually dazzling, wildly inventive and provocative work of art. It is a weird but wonderful experience." 5/5
2. Monsieur Lazhar - "It doesn't succumb to easy doses of sentimentality, but instead tells a gentle and genuine tale that is grounded in a reality that feels organic. The simplicity of the story is effective, yet there are several layers to the narrative that give it surprising depth. Just about a perfect film." 5/5


3. Undefeated - "A riveting documentary about overcoming adversity, division and under privilege to soar when it matters the most. It transcends the game of football and becomes about the strength of the human spirit and the path you take in life. It brought me to tear. Just goes to show the power than can be found in real human stories." 4.5/5


4. Amour - "A gruelling but beautiful portrait of what love truly means featuring remarkable sequences that evoke shock, fear, despair, sincerity, immense sadness and even some joy and a pair of brilliant performances. Haneke is inarguably one of the best directors working today and he has delivered another masterpiece here." 4.5/5


5. Caesar Must Die - "A mesmerising blend of documentary, narrative and cinematic style. It is one of the most original and inventive, and ultimately inspiring, ways to bring Shakespeare's Julius Caesar to the screen one could imagine. Beautifully shot." 4.5/5


6. Moonrise Kingdom - "With Fantastic Mr Fox, an extraordinary adaptation of the beloved Roald Dahl children's novel, and now Moonrise Kingdom, a delight from the opening frame to the thrilling finale, Anderson has created a pair of masterworks. With this zany inventiveness; his trademark quirks, oddball performances, breathtaking visuals and excruciatingly considered attention-to-detail, he has created what may be perceived over time as one of his greatest accomplishments." 4.5/5


8. The Raid - "If you are a die-hard action fan, get an adrenalin rush from loud, violent shoot-em-ups and extremely intense, expertly choreographed hand-to-hand (or knife-to-machete) skirmishes, displaying an incredible array of martial arts maneuvers, and aren’t squeamish, then The Raid is a film you can’t miss."4.5/5


9. This Must Be The Place - "This oddball collaboration of far-out comedy and heartbreaking drama is highly original and unpredictable filmmaking from Sorrentino, and inventively put together. The photography from Luca Bigazzi is sublime and almost every shot in this film is a work of art on its own. Penn is sensational as Cheyenne. Whether he is playing matchmaker, extreme handball in his waterless swimming pool, schooling kids at ping-pong, or simply sipping on his orange fizzy water through a straw, he never fails to be interesting." 4/5


10. Carnage - "All of the characters are extremely unlikable in their own way, but as an observer, and it is a privilege to be in the room during this abnormally hostile meeting, they are fascinating to watch. Carnage, another winner from Polanski, is a brilliant comedy of manners." 4/5


11. The Grey - "One of the most underrated films of the year so far. It effectively works as a horror film and as a psychological drama, adding surprising complexity to the familiar man vs. the elements premise. It also features some of Liam Neeson's best work in a while. Raises a lot of different emotions from an audience - tension and fear, sympathy and sadness - and Joe Carnahan builds a terrifying atmosphere." 4/5


12. Cafe De Flore - "An ambitious and dazzling construction; beautifully photographed and edited, with a crisp sound design and memorable soundtrack, and a dual-strand plot that is mystifyingly complex, densely layered, and consistently challenges the audience’s perception with its energetic non-linear narrative style." 4/5


13. The Cabin in the Woods - "Clever and witty, and a hell of a lot of fun. Continues to surprise and takes crazy tangents you won't see coming. Fans of horror films with a knowledge of typical horror tropes will have the most fun, but really, it is so funny that it should provide a good time for anyone and everyone." 4/5


14. Beasts of the Southern Wild - "An exhilaratingly original drama, and stunning debut from director Benh Zeitlin. With a powerful father/daughter relationship, thought-provoking themes about our ever-changing planet and a cinematic vitality so exciting to see, Beasts will be long discussed and debated." 4/5


15. Headhunters - "On one hand it is gripping and suspenseful, while on the other it is riddled with a macabre sense of visual humour. It is such a good time if one embraces the chaos. It is a smart, fast-paced adaptation of a pulp novel that keeps you guessing all the way." 4/5


16. Killer Joe - "Friedkin has painted a macabre tapestry of ugliness and debauchery here, and everyone comes off second best. The dialogue is electrifyingly brilliant, and despite being tough going at times - the final 30 minutes is difficult to watch - it remains very entertaining. Perverted yes, but a satisfying and memorable cinematic feast." 4/5


17. Polisse - "As a powerful doco-drama, a harrowing social commentary and as an intricate character study, this taut collaboration of a web of stories has plenty going for it. Has well-placed comic relief, but is thoroughly harrowing and engrossing." 4/5


18. Brave - "Brave is a delightful return to form for the Pixar team after a disappointing and unneeded return to the world of Cars. Telling a simple but pleasant story, which is enchanting with its blend of reality and fantasy and thrilling with its handsome visuals and grand score, Brave offers up consistent amusement - in particular through the three little rascals - and is sure to engage audiences of all ages. Having said that, this is probably the most child-centric Pixar film in some time, which is not a bad thing at all." 4/5


19. Liberal Arts - "This charming crowd-pleasing indie comedy/drama from writer-director-star Josh Radnor really struck a chord with me personally. Not only are there an abundance of laughs, but purely through Olsen's stellar work, and one's natural liking of Radnor, the dramatic moments hit the mark too. The philosophy of saying 'yes' to everything, Zibby's mantra for improv, also proves to be a fortuitous one for Jesse, and a commendable message to weave through the narrative. Hilarious cameos." 4/5


20. Wish You Were Here - "Blending the vibrant atmosphere of a beautifully lensed Cambodia with a suffocating and threatening mood of Sydney, this taut and powerfully acted story is told through a non-linear narrative style – and is amongst one of the better Australian films I have seen in the last few years. At least, it was one of the most emotionally stirring and conceptually satisfying." 4/5
Honourable Mentions: Prometheus, Side By Side, Neighbouring Sounds, Le Havre and A Royal Affair.
And the worst:

What are your thoughts on these films? Best/worst of 2012 so far?
Posted by Andy Buckle at 7:54 AM