Australia's 7th Canadian Film Festival, Possible Worlds, last night announced its film line-up for 2012. The Festival will showcase 20 of the best new Canadian feature films at Dendy Opera Quays and Dendy Newtown from 13th to 19th August 2012. Selected titles will also screen at the University of Wollongong and the ARC cinema in Canberra. 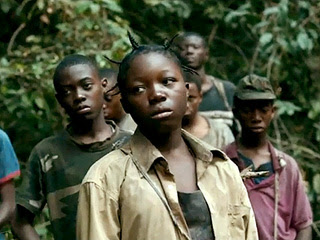 Opening night will kick off with the Australian premiere of the smash hit comedy, Starbuck, about a Montreal slacker who learns that, thanks to a prolific bout of sperm donation twenty years earlier, he’s fathered 533 children.
Seven days later, the Festival will close with the Sydney premiere of War Witch, a powerful drama about African child soldiers, which recently won the Silver Bear at the Berlin Film Festival and Best Film at the Tribeca Film Festival.
Some other festival highlights includes the wonderfully touching Monsieur Lazhar, Oscar nominated for Best Foreign Language Film and recently winning the Audience Award at the Sydney Film Festival, Beyond the Walls, a refreshing romance and a critical hit at Cannes, I Am A Good Person/I Am A Bad Person, an indie road movie, Goon, a hockey comedy starring an in-form Seann William Scott, Indie Game: The Movie, an immensely entertaining look inside the obsessive world of independent games designers, and Nuit #1, an erotic but cerebral drama. This year, the line-up also boasts a strong documentary program and the Australian premiere of Ora, a 3D dance film shot using thermal imaging technology.
Audiences will have the rare opportunity to vote for the Audience Award for Best Film and meet prestigious Canadian filmmakers visiting Australia for the festival. The inaugural Jury Award for Best Film will be chosen by the Official Competition jury, comprised this year of Canadian producer David Fedirchuk, American programmer Eddie Cockrell and Australian critic Alice Tynan.
“Canadian cinema is incredibly hot right now,” says Festival Director Mathieu Ravier, “and we’d like to invite everyone to discover why by taking a chance on a film or two at the Festival. Many screenings will include a free welcome drink on arrival, while others will feature Q&As, live performances, video games and DJs – truly something for everyone!”

This is a very exciting festival and I am looking forward to checking out some of these anticipated releases. I have so far seen Monsieur Lazhar and I can highly recommend it. Canadian film has been very strong of late, particularly over the last decade, and it is fantastic to see these films brought to Sydney by the Possible Worlds team.
Visit www.possibleworlds.net.au for the full line-up. Tickets are on sale from the 16th July.
Posted by Andy Buckle at 9:38 PM