The official line-up for the 2012 Melbourne International Film Festival was announced last night and available to browse today. All of the info can be found at the Official MIFF site, but here is the full line-up. 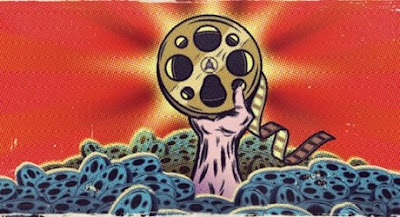 Tickets are currently on sale for MIFF Members and from Friday July 13 for the general public.

The opening the festival is Cannes hit, The Sapphires, while the Closing Night party is preceded by Mental, which reunites director P J Hogan with Toni Collette for the first time since Muriel's Wedding.

Over 35 films from the Cannes Film Festival are included in this year's festival. Screening in Melbourne following Cannes and their Australian debuts at the SFF last month are:

Other high-profile titles coming out of Cannes include:

Still, there are many more exciting titles. These can be found after the jump in alphabetical order...

I will be in Melbourne August 15-20 and will be trying to squeeze in as many films as I can over the last five days. In the coming days I will look through the line-up, provide some recommendations (both of films I watched at SFF, and films I am very excited to have the chance to see) as well as my personal MIFF schedule. It is going to take some clever tinkering to ensure I still make some time to see the city I so much enjoy visiting.
Posted by Andy Buckle at 4:00 PM