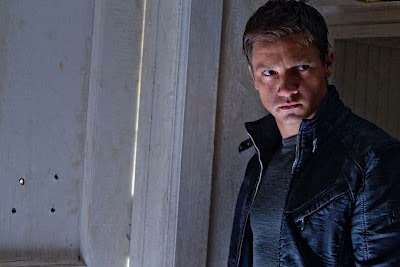 Courtesy of Universal.
This August, action superstar Jeremy Renner will touch down in Australia to celebrate the release of THE BOURNE LEGACY in which he assumes the role of new lead character ‘Aaron Cross’ in the multi-million dollar Bourne franchise.
Hot off the success of The Avengers and Mission: Impossible - Ghost Protocol, the Oscar nominated actor (The Hurt Locker) will be joined by writer/director Tony Gilroy for the Australian Premiere of THE BOURNE LEGACY on Tuesday August 7 at Sydney’s State Theatre. Renner will then attend the film’s Melbourne Premiere on Wednesday August 8.
THE BOURNE LEGACY is the fourth instalment in the hugely popular Bourne franchise which has grossed almost $1 billion at the worldwide box office, and sold over 1.5 million DVD and Blu-rays in Australia alone.
As the screenwriter of the first three Bourne films, Gilroy takes the helm in the next chapter as writer and director with an original story that introduces audiences to a new hero within the Bourne universe and welcomes series newcomers Edward Norton and Rachel Weisz, making THE BOURNE LEGACY one of this year’s most highly-anticipated sequels.
THE BOURNE LEGACY hits Australian cinemas on August 16.
Posted by Andy Buckle at 12:10 PM