London Boulevard has a scheduled DVD release in Australia on July 18.


London Boulevard, based on a novel by Irish hard-boiled and crime fiction writer Ken Bruen, is the directorial debut of William Monahan, the Academy Award winning screenwriter of The Departed. While it covers similar territory to many gangster thrillers (Martin Scorsese's The Departed and Guy Ritchie's Rock and Rolla come to mind), this stylish British effort has plenty of brutal flourish and violent unpredictability and a credible protagonist to impress admires of the genre. It boasts some strong performances from a veteran British cast, and effectively conveys the brutal intrigue of the London criminal underworld and one man’s urge for redemption. 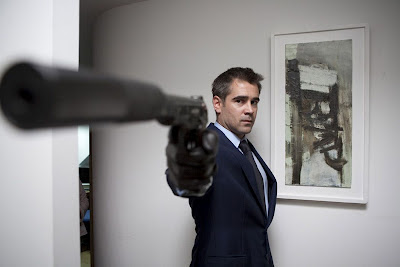 Mitchel (Colin Farrell) is a small-time ex-gangster who has just served a three-year sentence for “grievous bodily harm”. Despite wanting to make fresh start, Mitchel is met by his old friend, Billy (Ben Chaplin), given a dodgy residence and finds himself accompanying Billy on debt collections for Billy’s boss, Gant (Ray Winstone).Gant, impressed by Mitchel’s poise, repeatedly tries to convince Mitchel to come work for him. Despite having no intention on getting back into the business, Gant fears that Mitchel will one day take him down and will stop at nothing to have this ruthless hard man on his side.
At the same time Mitchel takes on a respectable job as a bodyguard/handyman for a retired actress named Charlotte (Keira Knightley, portraying a character that somewhat resembles her own career in film), whose tumultuous private life and loss of interest in her profession (playing a female victim and continually asked to ‘get her kit off’ in European films) has made her the focus of obsessive paparazzi and is now a recluse inside her home. She objects to being photographed, but her image is found on billboards across the city. Somewhat unfathomably, paparazzi are perched on neighbours balconies overlooking her mansion firing profanities at anyone coming and going. Accompanying Charlotte in her lair is her agoraphobic business manager, Jordan (David Thewlis, excellent), a pothead and former actor.

There are several other subplots that initially build quite a complex foundation to chronicle Mitchel’s story, but ultimately convolute the plot. Some are left unresolved and in a few cases, could have been left out altogether. Mitchel’s mentally unbalanced younger sister, Briony (Anna Friel), is an alcoholic suffering from bipolar disease. He tries in vain to take care of her. He also reunites with a homeless man, and when he is killed by some local youths Mitchel seeks out one of Gant’s associates (Stephen Graham) to help track down the kids responsible. This ultimately leads back to Gant, and things run afoul. 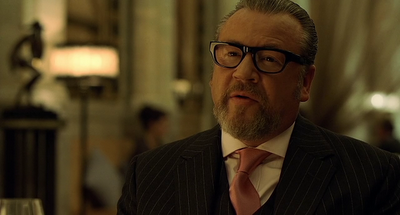 London Boulevard remains compelling thanks to the strong performances from a straight-faced Farrell, and veterans Chaplin (a slimy low-life) Thewliss, and Winstone. Mitchel is a hardened ex-street thug with more than half a brain, whose sentence has altered his whole philosophy on life. He is desperate to keep clear of his past but it is clear he will never surrender the capacity to commit violence, despite his stoic and mannered exterior. Farrell adds plenty of subtle touches to his character; wry smiles to tense situations and is convincingly in control at all times, even in opposition to Winstone's intimidating frame.
Gant, who spews profanity in nearly every line of dialogue, is an unpredictable presence. Watching Winstone and Farrell go head-to-head is a thrill. Keira Knightley, an actress I usually find very annoying, was actually well suited here, and there are some sweet scenes shared between her and Farrell. Her character is given some complexity when we learn that aside from being an actress who puts herself through agonizing on-screen trauma, may have actually been raped on a recent visit to Italy. Her ‘retirement’ is big news. She finds comfort in the presence of Mitchel, but his troubles with Gant arrive on her doorstep. 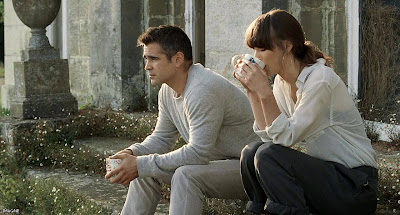 The film's strength lies in the colourful characters and the veteran cast has crafted some entertaining personalities. It is less successful in telling a compelling tale, because it feels too familiar – despite the intriguing superstar actress angle – and includes too many subplots. Gant's gang consists of him and Billy and a couple of other thugs who stand at Gant's shoulder and have one or two lines of dialogue, which is disappointing. Some of the scenes also feel awkwardly staged, and I wasn’t wrapt in the ending. But, Monahan’s slick dialogue, and his stylistic choices (including a catchy British punk rock soundtrack, and some terrific night cinematography from Chris Menges) only enhanced the experience, and this is worth a look on rental.