You Instead has an Australian release date of 12 July, 2012. Distributed through Hopscotch.

As the latest project from Scottish director David Mackenzie (Perfect Sense, Young Adam) from a screenplay from award-winning painter and novelist, Thomas Leveritt, You Instead (also titled Tonight You're Mine) was shot in just five days on location at T in the Park, Scotland's leading music festival. It is an enjoyable rock-and-roll romance that is in a similar vein to Once, but featuring a lot more mud, booze and hipsters. 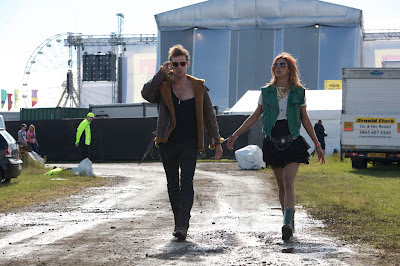 Quiffed and strutting indie rock star, Adam (Luke Treadaway, Attack the Block), is one half of the globally successful duo, The Make. The film opens with Adam arriving at T in the Park with his co-musician Tyko (Matthew Baynton) and intense manager, Bobby (Gavin Mitchell), and finding himself involved in an impromptu backstage fight with punk girl-band, The Dirty Pinks, when their feisty lead-singer Morello (Natalia Tena, Harry Potter) snatches his guitar from him. When breaking up the fight a jovial security guard handcuffs the two together and then disappears.


Mortified and worried about how this will affect their own plans, they spend the rest of the day and night inseparable and searching for a way to release themselves, dragging their fellow band members and their respective partners, Lake (Ruda Gedmintas) and Mark (Alistair Mitchell), around with them. At first the situation is the last thing either of them wants, but as they learn more about one another and even perform together – The Dirty Pinks had to add a new member for their show – they begin to accept the situation, unexpectedly connect and find that that the key to finding what each other wants required no key at all.


At one point in he film, Adam's girlfriend Lake declares, "it’s like you didn’t even need the handcuffs” when describing Adam and Morello's immediate attraction. There are several moments where we see them get a whiff of interest in each other, and I personally bought their blossoming ‘connection’. This wasn’t due to the handcuffs, though that kept these antagonistic stars together for long enough to get to know one another, but because they were still looking a challenge. For Morello, someone to sweep her off her feet and energise her life, and for Adam, someone who understands him and has a bit more character than his stroppy supermodel girlfriend. The finally find the attraction that they were missing. All in less than twelve hours. 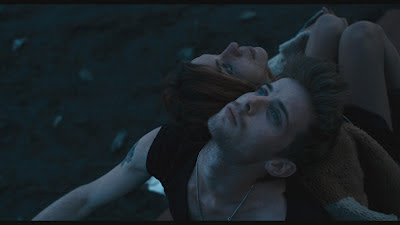 The casting of Treadaway and Tena, for me, was spot on. Many will recognise Treadaway from his supporting role in Attack the Block, and Tena is best known for her portrayal of Nymphadora Tonks in the Harry Potter franchise, although she has recently become a member of the cast of Game of Thrones. Both are charismatic and likeable and are good looking enough to pull off the rock-star image and Adam especially, is convincing as a heartthrob. They are also impressive musicians in their own right, performing all of their songs on stage. Tena actually sings and plays the accordion in the band, Molotov Jukebox.
Admittedly, the premise is very thin, but a fly-on-the-wall doco-style romance set over the course of 24 hours can only go so far. The 80-minute runtime is about all that can be sustained. In the latter half, after the performance by The Dirty Pinks, the key characters break away to party. The only interesting story features Adam and Morello, though their spats with their partners (a result of their attraction to one another being called out) are very timely and contrived. Too much time is spent with Bobby’s embarrassing descent into hopeless drunkenness and though Tyko adds plenty of good humour throughout, soaking up the fame and amused by his friend’s plight, his attempts to pick up aren’t particularly interesting either. The resolutions of some of the subplots are simply implausible, which is a shame. 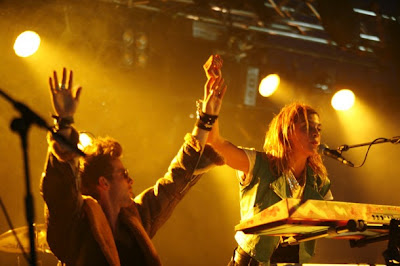 The story is full of contrivances – throwing in a reporter easily justifies capturing the festival atmosphere through poor quality hand-held digital captures - but for some reason; the likeability of the sexy stars, the lively round-the-clock soundtrack, and the outstanding moments of performance throughout the film – the opening scene featuring Adam playing an acoustic version of their song cramped in the back of a car, the Dirty Pinks’ performance that evolves into a cover of’ ‘Tainted Love’ and The Make’s finale - gives everything an energetic lift.
The atmosphere surrounding the festival is another feature that strengthens this film. The aerial shots of the entire venue and the more intimate ones of fans reacting to the music are quite brilliant. The spectacle and the grime (the muddy and littered camping grounds) are given equal coverage and we follow Adam and Morello through it all. If you like music and have survived a wild music festival, enjoy romantic dramas that are given that doco-style naturalism (though this is certainly not in the league of Once, despite my praise), and you’re a sucker for taking advantage of unexpected changes in fate by partaking in an impromptu adventure, then I imagine You Instead will deliver its fair share of pleasures.
My Rating: ★★★1/2
Posted by Andy Buckle at 8:48 AM