Cosmopolis is the new film from veteran Canadian director David Cronenberg (The Fly, Crash). Having only directed Spider, A History of Violence and Eastern Promises over an 11-year stretch between 1999 and 2010, Cronenberg’s very disappointing A Dangerous Method, the story about the relationship between Sigmund Freud and Carl Jung, the masters of psychoanalysis, hit cinemas earlier in the year. He has followed it up very promptly with an adaptation of Don DeLillo’s 2003 novel, Cosmopolis. Premiering at the 2012 Cannes Film Festival where it competed for the Palme d’Or, it received very mixed reviews. 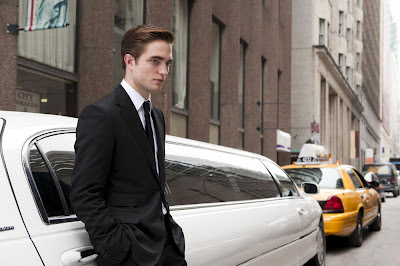 This is completely understandable because this brooding, dialogue-heavy picture will appeal to very few people and makes itself near impossible to recommend to an audience unacquainted with the novel. If one is an admirer of DeLillo’s novel then this might be satisfying, but for this reviewer it failed to work as a film at all. I believe it is a near word-for-word adaptation, but it contains far more monotone exposition than is necessary to get the point across.
It is hardly riveting and is a confounding, boring and at times frustrating work, full of smug musings about the stench of capitalism and the decay of urban America, and laden with pretentious self-importance. Almost every sequence has the agenda of trying to tell the audience something or at least convince them that the idea being presented is important. It’s like an essay on screen. It is one of the weaker films I have seen not only from Cronenberg, but also of the year to date.

The premise of the film is the journey of 28-year-old billionaire asset manager, Eric Packer (Robert Pattinson), as he rides slowly across Manhattan in his stretch limousine/office to his preferred barber to get a spontaneous haircut. As a result of traffic jams caused by anti-capitalist street protesters, a visit from the president of the United States and the funeral of Eric's favourite musician, Eric runs into a series of obstacles that tear his world of privilege and excess apart. 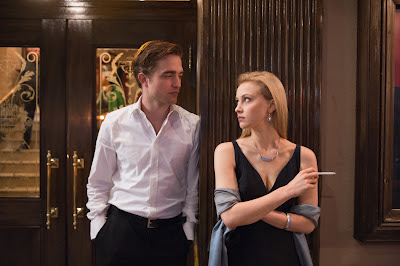 A host of characters (and cameos from high profile stars in thankless support) pop up along the way. He has several chance encounters with his new wife (Sarah Gadon), usually over a meal. She refuses his requests for sex, claiming she has to work, and as a result he has passionless sex with an ex (Juliette Binoche) and a member of his security team (Patricia McKenzie). His driver and head of security (Kevin Durand) continually warns him that his life is in danger, and advises him not to leave the limo and reconsider his choice of barber. Eric has his daily medical checkup, learns that his prostate is asymmetrical, loses incredible amounts of money for his clients after a disastrous trade, and starts down a self-destructive path culminating in a visit to an unstable former employee (Paul Giamatti). In short, there was potential – and it may be gripping, intellectually stimulating and thought provoking in the novel – but here these events are simply not interesting.
I admire Cronenberg’s decision to cast Robert Pattinson in this role because he does look the part as a handsome and well-groomed 28-year-old, but he has little more to do than look steely and smug and discuss the state of the world with his limo companions in a bored and disinterested fashion. There are a couple of impressive cameos – Matthieu Amalric and Paul Giamatti in particular – who gave the film some life, but most of the performances are forgettable. Not even bursts of brutal violence and intense sex arouse emotion or provoke invested interest. This is a film that confused and bored me, and despite trying hard to remain attentive to the narrative and process this relentless spurt of information and ideas, my interest all-but evaporated.
Not even Cronenberg’s clinical and fastidious style - the very direct cutting between characters during dialogue, the odd-angled close-ups, the sleek steadycam tracking shots and several lengthy unbroken exchanges – could energize the film or offer up something to take away. An extraordinary final shot came about far too late. Much like Eric’s gross excess of wealth, Cronenberg seems to have incorporated a service-less excess of style that has little-to-no impact on the film’s dull, lifeless tone. 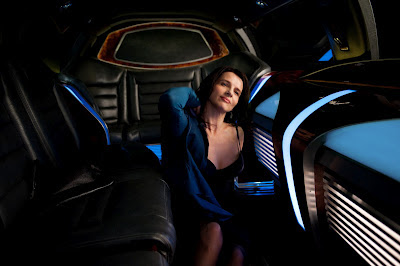 What I did like about the film was the juxtaposition between the sleek, shiny, high-tech and spacious interior of his limousine (his safe haven) and the chaos and destruction going on around him, including the exterior of the limousine (covered in graffiti and beaten). Every time Eric steps out of the limo, he is involved in an incident of some sort and becomes increasingly unkempt (his wife recognizes the loss of his tie and suit jacket) as he begins to abandon his life of excess and luxury and seek out something more. After starting the film impeccably groomed and suited he has pie remnants glued to his face and his hair half cut for the final third. Having lost his primary weapon (his money), he now carries an acquired pistol around. When one expects the film to raise the stakes and deliver some surprises, it disappointingly concedes to further drivel.
At one point in the film, a character questions where all of the white limousines disappear to of a night. I was at that moment reminded of another soon-to-be released film where the protagonist spends a majority of the film in the back of a limo. That film is Holy Motors, which I have not stopped thinking about and comes highly recommended. I really wish I had been watching that film, because Cosmopolis is a dud and Cronenberg, usually so consistent, has made two in a row.
My Rating: ★1/2
Posted by Andy Buckle at 4:05 PM