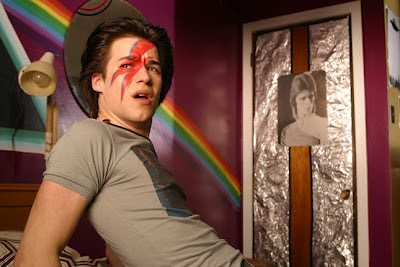 Sam McCosh at An Online Universe is looking at Canadian films this month in conjunction with Possible Worlds Canadian Film Festival and inspired by their list of Top 100 Canadian Films. Sam has asked for contributors and I was only happy to write about more Canadian films. Looking through my index I had reviewed more films from Canada that I thought. One of my favourite films of 2011 was Denis Villeneuve's Incendies, and two of my favourite films of 2012 so far are Phillippe Fallardeau's Monsieur Lazhar and Jean-Marc Vallee's Cafe De Flore. So, I thought I would take a look at a couple of Villeneuve's earlier films - Maelstrom (2000) and Polytechnique (2009). 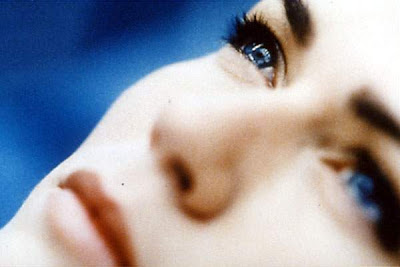 Maelstrom
Maelstrom is an acclaimed and award-winning French Canadian feature from Quebecois writer director Denis Villeneuve (Indendies). This somewhat bleak cautionary tale poetically blends daily happenstance with a touch of magic and takes the viewer on a journey into the depths of despair and grief, before offering up a hopeful and philosophical outlook on life.
Maelstrom won the FIPRESCI Prize in the Panorama category at Berlinale, rewarding Villeneuve for his innovative dramatic structure and contemporary sensibility. It also won five Genie awards in 2000 including Best Picture, Director, Screenplay, Lead Actress and Cinematography.

Continue Reading at An Online Universe.

Polytechnique, Denis Villeneuve’s controversial 2009 feature, which won nine Genie Awards including Best Picture and Best Director, is a dramatization of true-to-life events. It documents the December 6 1989 ‘Montreal Massacre’ and its aftermath, in which a lone gunman murders fourteen women with a rifle at Montreal’s Ecole Polytechnique, a post-secondary institution focusing primarily on engineering. The story told through the perspectives of three people.

Continue Reading at An Online Universe.
Posted by Andy Buckle at 9:42 AM