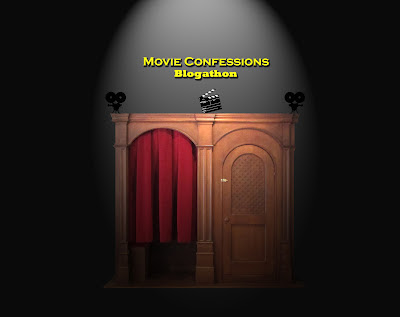 The fantastic Nostra at Myfilmviews has created an ingenious idea for a new blogathon, called the Movie Confessions blogathon. The idea is that the participants confess things about the movies they might have kept secret for a long time. 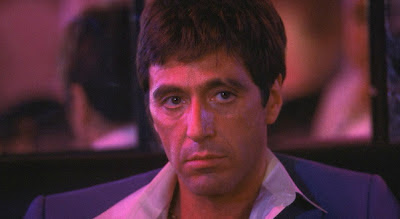 Name a classic movie you don't like/can't enjoy and why?

Scarface - The epitome of excess. The main problem I had with the film is the fact that my invested interest in the story greatly waned following the half way mark. As soon as Montana experiences his first taste of wealth, and sees a window to take what he has proven to the next level, he becomes increasingly unlikeable. The film becomes repetitive, takes disengaging tangents (the whole story with his sister could have been cut) and it is ultimately tedious and irritating. Having now seen this film twice, I have been disappointed both times. I was actually pretty optimistic for a while there, because the infamous chainsaw sequence holds up pretty well, but I can honestly confess I don’t much care for it.
Name ten classic movies you haven't seen yet. 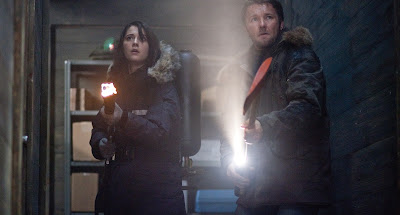 Have you ever snuck into another movie at the cinema?
Yes. When I was younger my friends and I never tried it, and I have been working at cinemas for several years now so I have never even considered it. BUT, I did sneak into The Thing directly after watching The Cup last year. The Thing was not the worst film I watched that day. I needed something...anything...to eliminate the latter film from memory.
What actor/actress do you think is overrated?
Hmm. Danny Huston and Dennis Quaid. Danny Huston is always forgettable. He always plays the same characters - a conniving and untrustworthy friend whose transformation into the villain is supposed to be a dramatic twist. Dennis Quaid is a terrible actor. I love Any Given Sunday, but that doesn't disguise Quaid. Oh, and following The Dark Knight Rises I was reminded just how bad Matthew Modine is too.
From which big director have you never seen any movie (and why)?

Yashujiro Ozu. I can't remember ever seeing one of his films available to rent a video store. Accessibility mostly.

Which movie do you love, but is generally hated?

I can't say I love House of 1000 Corpses or Speed Racer, but I enjoyed them. They got slammed and are mostly despised.
Have you ever been "one of those annoying people" at the cinema?
Potentially. During Pirates of the Caribbean: On Stranger Tides I was so bored I whipped out my phone and started playing with it. Quite ashamed. Also, I watched Wall Street 2 in Gold Class and having consumed a bottle of wine with my girlfriend at the time, my scoffs of disapproval were loud-ish.
Did you ever watch a movie, which you knew in advance would be bad, just because a specific actor/actress was in it? Which one and why?

I knew Cowboys and Aliens would be bad, but I needed a film where I didn't have to think and figured a film starring both Daniel Craig and Harrison Ford might be salvaged by their work. No. Actually, I knew The Thing would be bad, and subconsciously I think I watched it for Mary Elizabeth Winstead, who I like.
Did you ever not watch a specific movie because it had subtitles?
No way.
Are there any movies you have in your collection for five years and haven't watched?
No, not over that period of time. I bought Black Snake Moan for some reason and watched it once, and never again. That would be four years ago at least. I have not watched Moon since I bought it either. It is still in the wrapping. Close to two years ago, I'd say. 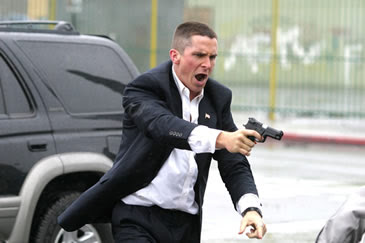 Which are the worst movies in your collection and why do you still own them?
I own The Matrix Reloaded and Harsh Times. I don't get rid of DVDs and usually buy great films that I enjoy watching. I have very few films I regret buying.
Do you have any confessions about your movie watching setup at home?
I watch films on my laptop sometimes.
Any other confessions you want to make?
Here's a confession I am proud to admit. I love David Fincher's Girl With the Dragon Tattoo and have watched it three times this year (twice in a cinema and once on DVD). More than any other film so far.
Posted by Andy Buckle at 12:03 PM