Anne Fontaine's "The Grandmothers" Set to Film In Sydney in February 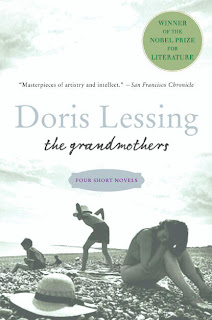 Hopscotch Features, Cine-@, Mon Voisin Productions, Gaumont and France 2 Cinema are delighted to announce the Australian support cast on The Grandmothers, which is due to commence filming in Sydney on Monday 6 February 2012.

The eight-week shoot will take place around Sydney and will be directed by Anne Fontaine (Coco avant Chanel) and produced by a team of French and Australian producers, headed by Hopscotch Productions' Andrew Mason and Fontaine's long-time collaborator, Philippe Carcassonne. Together Fontaine and Carcassonne have made over 12 films. Completing the producing group are Mon Voisin's Michel Ferrer, and Dominique Besnehard. Troy Lum of Hopscotch and Francis Boespflug of Gaumont will act as Executive Producers.

Nobel Prize for Literature winner Doris Lessing has created this beautiful and heart-wrenching story of two lifelong friends who fall in love with each other's teenaged sons. Adapted for the screen by Academy Award winning writer Christopher Hampton (Dangerous Liasons, Atonement), The Grandmothers is a tale of misguided love and a celebration of the enduring nature of female friendship.

Anticipated for a 2013 release, the film will be distributed in Australia and New Zealand by Hopscotch Films/eOne and international sales will be managed by Gaumont.
Posted by Andy Buckle at 4:11 PM