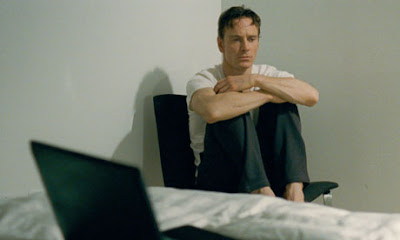 Shame - Brandon (Michael Fassbender) is a New Yorker who shuns intimacy with women but feeds his desires with a compulsive addiction to sex. When his wayward younger sister (Carey Mulligan) moves into his apartment stirring memories of their shared painful past, Brandon's insular life spirals out of control. Despite drawing a controversial NC-17 rating in the U.S (and R18+ here) this is not a sexy film and is so much more than a film about 'sex addiction'. For a mature viewer, the sex is so void of passion or emotion that it becomes almost non-existent. Intelligently directed by Steve McQueen (Hunger), Shame is a stirring and provocative drama about a pair of broken souls trying to fix themselves, and if you're interested in seeing the finest work to date from a pair of talented young actors at their most bold, then Shame is essential viewing.

The Vow - A newlywed couple recovers from a car accident that puts the wife in a coma. Waking up with severe memory loss, her husband endeavours to win her heart again. In addition to starring Rachel McAdams and Channing Tatum as presumably the married couple, Sam Neill and Jessica Lange also star. I don't know much else about it, but it seems to be a teary (and perhaps dreary) romantic drama.

Safe House - Denzel Washington stars as the most dangerous renegade from the CIA, who comes back onto the grid after a decade on the run. When the South African safe house he's remanded to is attacked by mercenaries, a rookie operative (Ryan Reynolds) escapes with him. Now, the unlikely allies must stay alive long enough to uncover who wants them dead. No, it isn't directed by Tony Scott, despite the involvement of Denzel Washington, and the action-packed premise.  I am seeing it tomorrow night.

Any Questions for Ben? - For 27-year-old Ben (Josh Lawson), life couldn't be better. A well paid job, friends, parties, girls and nothing to tie him down. But when he is invited back to his old school to join several other ex-students in talking out their personal achievements, something goes wrong. Ben is the only speaker not asked a question by the school kids. This triggers a year of soul searching and looking for answers in all of the wrong places. From his best friend Andy, whose solution is that they both take a holiday, to his mentor Sam, who loans him a sports car in the belief that excessive speed can resolves emotional turmoil, none can offer much in the way of meaningful guidance. As the poster boy for a generation desperate to tick every box, Ben begins to suspect that the meaning of life may well reside in the things he's already doing - and a girl he used to know. Put together by the same team that made The Castle and The Dish - so there is some potential here. Mixed reviews so far.


Weekly Recommendation: If you're game, then Shame is certainly essential viewing. It is a cold, remote and not particularly enjoyable experience, but it is confronting and hits hard. I assume many young Star Wars fans will be making their way to see The Phantom Menace. I remember enjoying it at the cinema back in 1999, when I was still in primary school. Subsequent viewings have not fared well. Hey, if you haven't seen The Artist yet, what are you doing? Get out there and see it.
Posted by Andy Buckle at 3:15 PM