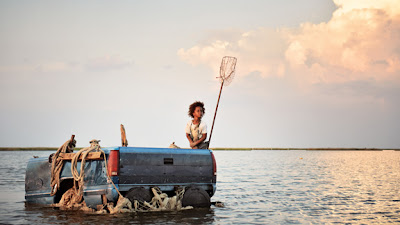 Icon Film Distribution is very proud to announce that it will release the triumph of this year's Sundance Film Festival, Beasts of the Southern Wild, in Australian cinemas later this year. Directed and co-written by first-time filmmaker Benh Zeitlin, Beasts of the Southern Wild continues to garner critical acclaim after winning the Grand Jury Prize for Drama at Sundance.

There has been no official release date, but Icon have announced that that it will be in the second half of 2012. Can we also expect it to play at the Sydney and Melbourne International Film Festivals?

Beasts of the Southern Wild tells the story of Hushpuppy, an intrepid six-year-old girl, who lives with her father, Wink, in "the bathtub", a southern Delta community at the edge of the world. Wink's tough love prepares Hushpuppy for the unravelling of the Universe; for a time when he's no longer there to protect her - and when he is struck by a mysterious illness and mildly apocalyptic events begin to play havoc on nature - Hushpuppy goes in search of her lost mother, and is forced to comprehend her place in the universe.
Posted by Andy Buckle at 7:51 AM