Cast of 'I, Frankenstein' Arrive in Melbourne for Feb. 27 Production 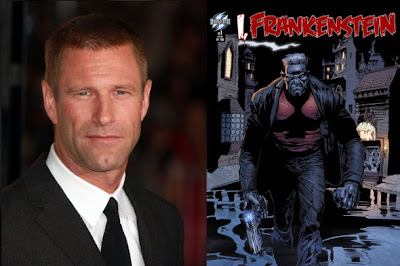 The international and Australian cast of I, Frankenstein has begun to arrive in Melbourne ahead of the film's February 27 start of production date.

Cast members including Aaron Eckhart, Bill Nighy, Miranda Otto, Yvonne Strahovski and Socratis Otto will call Melbourne home for the ten-week shoot, however locals shouldn't be alarmed if there's a certain darkness in the air.

Picking up where Mary Shelley's classic novel left off, I Frankenstein follows Dr. Frankenstein's creature (Eckhart) into a present day, gothic metropolis. There he is drawn into an epic power struggle between two immortal clans, a battle which will decide the fate of mankind.

Writer/director Stuart Beattie explains, "Mary Shelley's story is about the creation of the first human being. I, Frankenstein is about that being becoming human." A collaboration between Lakeshore Entertainment and Hopscotch Features, I, Frankenstein is written and directed by Beattie (Tomorrow When the War Began) and based on the graphic novel by Kevin Grievous (Underworld).

With an expected late 2012 release, Hopscotch/eOne are releasing the film in Australia while Lionsgate will be distributing the film in the U.S.
Posted by Andy Buckle at 6:15 AM