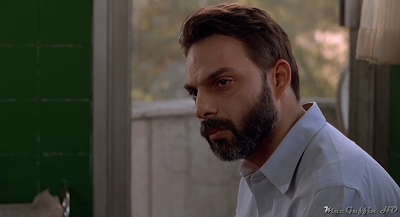 There are seven new releases hitting Australian cinemas this Thursday, March 1. Honestly, they could not be more polar opposing. We have A Separation, the best reviewed film of 2011 and winner of Best Foreign Language Film at yesterday's Academy Awards. It won the Jury Prize at the Sydney Film Festival and the Audience Award at the Melbourne International Film Festival last year. It has a 99% score on Rotten Tomatoes, and I can vouch for it too. It was the best feature film I saw last year. It is a must see. Also released this week are Like Crazy and Carnage, Roman Polanski's new film. Both have been attracting positive reviews, and have won and been nominated for several awards throughout the season. Looking good, right? Well, also released on Thursday are The Devil Inside Me, The Sitter, Project X and A Little Bit of Heaven. All reports recommend sticking clear of this lot. The Sitter has the highest score on Rotten Tomatoes. A measly 22%. Quick summaries to come:

A Separation - At the end of this decade, A Separation should be remembered as one of the finest films released. The title links to my review from Sydney Film Fest. I hope it will encourage you to seek it out.

Like Crazy - A love story is both a physical and emotional tale, one that can be deeply personal and heartbreaking for an audience to experience. Director Drake Doremus' film Like Crazy illustrates how your first real love is as thrilling and blissful as it is devastating. When a British college student (Felicity Jones) falls for her American classmate (Anton Yelchin) they embark on a passionate and life-changing journey only to be separated when she violates the terms of her visa. Like Crazy explores how a couple faces the real challenges of being together and of being apart.

Carnage - Razor sharp, biting comedy centered on parental differences. After two boys duke it out on a playground, the parents of the "victim" invite the parents of the "bully" over to work out their issues. A polite discussion of childrearing escalates into verbal warfare, with all four parents revealing their true colours. None of them will escape the carnage. It is based on a stage play, and it is brief (80 minutes). With Roman Polanski at the helm, and a cast featuring Kate Winslet, Jodie Foster, Christoph Waltz and John C. Reilly, it is certainly worth a look, I am sure.

The Sitter - When the world's most irresponsible babysitter takes three of the world's worst kids on an unforgettable overnight adventure through the streets of New York City, it's anyone's guess who's going to make it home in one piece. The Sitter, described as a twisted tale of debauched hilarity, does star Jonah Hill (excellent recently in Moneyball) but it is directed by the guy that made Your Highness. No.

Project X - Produced by Todd Phillips (The Hangover) and written by Michael Bacall, Project X stars Thomas Mann, Oliver Cooper and Jonathan Daniel Brown, and centres around a group of teenagers who document a house party which suddenly goes wrong. It is filmed in the vein of a home video. Early reports aren't favourable...at all.

The Devil Inside - In 1989, emergency responders received a 9-1-1 call from Maria Rossi (Suzan Crowley) confessing that she had brutally killed three people. 20 years later, her daughter Isabella (Fernanda Andrade) seeks to understand the truth about what happened that night. She travels to the Centrino Hospital for the Criminally Insane in Italy where here mother has been locked away to determine if her mother is mentally ill or demonically possessed. When she recruits two young exorcists (Simon Quarterman and Evan Helmuth) to cure her mother using unconventional methods combining both science and religion, they come face-to-face with pure evil in the form of four powerful demons possessing Maria. The ending of this film has been called 'one of the worst ever'.


Weekly Recommendation: A Separation most definitely. Like Crazy and Carnage would be worth a look too if you have time for a second film.
Posted by Andy Buckle at 11:10 PM