Awards Watch: 'The Descendants' and 'Midnight in Paris' Win at WGA. 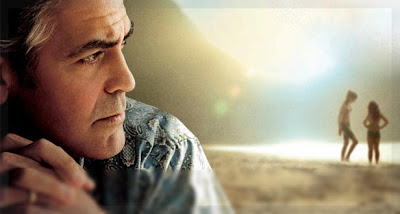 The Writers Guild of America (WGA) have announced their winners. Many of the nominees have also been nominated for an Oscar, so the winners would have to be considered the favourites for an award next week. Woody Allen's script for Midnight in Paris, and the writing team behind The Descendants, Alexander Payne, Nat Faxon and Jim Rash, were the favourites, and took out the awards for Best Original Screenplay, and Best Adapted Screenplay respectively. Here are the rest of the nominees:

The Artist picked up Best Edited Feature Film (Comedy or Musical) and Rango won Best Edited Animated Film. The win for The Descendants was a big shock - beating out Hugo, Moneyball and The Girl With the Dragon Tattoo.

Interestingly, the winner of the Editing Award in the Dramatic category has won the Best Picture Oscar 15 times since 1990. Will that be the case this year? Though The Artist is the heavy favourite, The Descendants is the winner of the Golden Globe: Drama, and should not be written off entirely. The winners here make my Oscar Predictions in the Screenplay categories seem very bold.
Posted by Andy Buckle at 2:05 PM