Have you noticed recently that your expectations going into a film have impacted on how much you enjoy that film? Sadly, I have noticed that it plays a big role. Take The Artist for instance. Scheduled for a release on February 2, 2012, months after it has screened at Cannes and Toronto, months after a wide release in the United States, and on the wave of buzz following ten Oscar nominations (and unchallenged favouritism) and wins at the PGA, DGA and SAG. As a film buff who has been trying to keep up with the awards coverage, and constantly seeing the film praised and honoured, it is pretty difficult to go into this film with an open mind. Hugo was another example, though it was released here before the Oscar nominations. I had quite high expectations - and though I warmed to the film in the end - I was initially underwhelmed. It is quite difficult to cull all knowledge about the film's potential and watch it with neutral expectations. 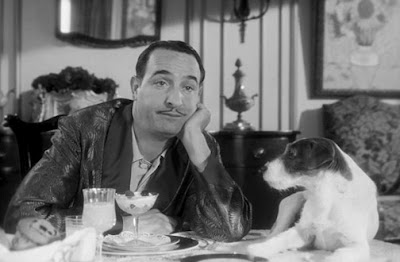 The Artist is a very good film, and I was immensely entertained - but I did feel like there were some pacing issues. Ultimately, I was not blown away. I didn't walk out of the cinema and have nothing negative to say about the film. But say I had seen it back at Toronto, before the buzz started, would I have felt the same way? Would I have been blown away? I think my experience of the Sydney Film Festival from June last year tells a lot. Most of the films I watched, I went in knowing very little. I had seen a recommendation, knew a little about some Berlinale or Cannes success, but had seen no trailers, and my knowledge of the film was slim. I enjoyed almost all of the films I saw at the festival, and many of them have since had theatrical releases, but months later and aboard the Sydney Film Festival hype. Seeing them before the hype no doubt enhanced the experience.

Expectations have played quite a large role in influencing several film experiences this year - Bridesmaids, X-Men: First Class, Melancholia, Drive, Beginners, The Descendants, Hugo and The Artist are just some of the  films where I have left the cinema feeling underwhelmed. In some instances (Drive and The Descendants are the best examples) a repeat viewing has eliminated most of the issues. Of course low expectations can play a role as well, and Warrior, Rise of the Planet of the Apes, The Girl With the Dragon Tattoo and most recently Chronicle and This Means War (the latter was not good, but much more entertaining than I expected) are examples. There was a moment in Warrior, where I had this great wave of excitement wash over me, when I realised I was watching a damn fine film, and seemingly against all odds. That doesn't happen very often, but it is a great feeling.

Having said that, repeat viewings have been the charm in 2011. Many of the films I have initially been disappointed by, have been more impressive on a re-visit. This is for a variety of reasons - it might be that the emotional resonance of the story (having appreciated the visuals and spectacle the first time around) becomes more profound, plot points that might have initially seemed confusing become clearer, and the strength of the performances more apparent. Often, these re-watches have taken place following my review of the film. Perhaps I am more relaxed - not concerned with trying to craft a review as I watch the film (often a detriment to the film experience) - but then I find that my new thoughts on the film don't reflect what I have included in my review. Frustrating.

This issue was raised the other night when I was out with some Sydney critics and bloggers: Do you dismiss the possibility of a review if the film experience does not accommodate and provide a comfortable and neutral experience? The cinema could be too hot/cold, you may have to take a bathroom break (influencing how much of the film you see), someone could be talking in the cinema, you may be tired and disengaged or you may have had high expectations, which cloud your judgement of the film. With the exception of seeing a film when tired, and having polarised expectations, none of these circumstances have impacted a recent experience, but it is interesting to consider.

I guess my goal is to try and remove myself from any expectation or buzz as much as I can; to avoid trailers (unless it is in the cinema - and then it is hard to avoid), to minimise my visiting frequency to Rotten Tomatoes/Metacritic, and to view each film on its individual merits without influence. Is anyone else having similar experiences trying to manage expectations, and discovering on a second/third viewing, a vastly different (more appreciative?) opinion?
Posted by Andy Buckle at 1:09 PM