Juliette Binoche stars as Anne, a French Elle investigative journalist and mother of two who is researching for a feature article on student-age prostitution. She lives a lavish bourgeois life; has a beautiful home and a profession she is passionate about. She is struggling to balance her work, her familial duties and her socializing – on the day the film is predominantly set she has to prepare a dinner party for her husband’s boss - with the strain of her most recent project. Her research involves lengthy and revealing conversations with two young women, who are funding their studies and living off the said profession. 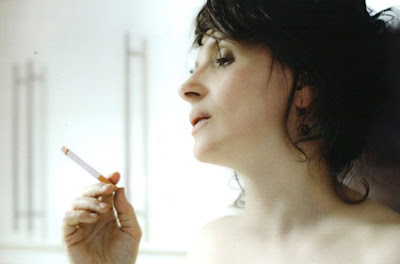 The two women are Alicja (Joanna Kulig), a seductive Polish economics student, and Charlotte (Anais Demoustier), a friendly French woman who compares prostitution to smoking – an addiction with material benefits that are hard to give up. Anne is genuinely surprised by the determination of these women, and as she struggles to complete her article, comes to terms with her sterile marriage and disconnect from her children, and begrudgingly completes her daily chores, we witness her life unravel as a result.
Binoche (Trois Couleurs: Bleu and Certified Copy) is as committed as usual, and while her performance is nowhere near as controversial as her younger co-stars, it is still pretty bold. Often playing vulnerable and miserable characters (disillusioned single mothers) she gives this her all, thoroughly convincing at relaying her tortured psyche purely through her wayward body language. Unfortunately, there is next-to-no story driving this character study. Balancing the explicitly recounted stories of the girls (and these will catch viewers off guard) with Binoche’s domestic malfunction as a result of personal sexual enlightenment is actually a pretty shallow fable and laborious, arty-farty stuff, which lacks vision.
Long unbroken takes, attempts to imbue Anne’s domestic life with some sort of realism, and some sort of message about sex, money and empowerment falls flat. Also, it seems like Anne's life is full of every problem imaginable - an older son who skips out on school to 'draw' and is too high on drugs to take her discipline seriously, an ignorant younger son who plays loud and violent video games in his room at every hour of the day, and a workaholic husband who never seems to be there when she needs him, except when he needs her to be civil when his boss and his wife are invited over for dinner that night. Amidst the use of predominantly classic music in the score, there are a couple of odd uses of one of my favourite pieces of music: Beethoven’s 7th Symphony, and an ending that makes little sense in the scheme of things.

Female sexuality is at the forefront here, but as we are revealed (slowly) several stories recounted by these women; a little about their middle-aged and sophisticated clients, what they asked to do and what they are willing to do – we realize there might only have been one. The struggles of their profession are hardly addressed, and Szumowska seems to argue that there is a sense of empowerment involved in prostitution, which justifies why some women embrace the role. Anne is surprised to discover that these girls are well adjusted to their professions, and seemingly content. What these women share, and the bond she builds with them, forces Anne to consider her own boundaries in life. 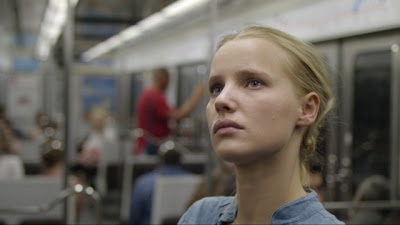 Anne audibly dictates from her article early in the film that something is ‘repetitive’, and what these young girls put themselves through is unflattering and repetitive work. It doesn’t matter how many stories they tell, and how many simulated sex scenes we witness – the film’s repetition of its point doesn’t make it any stronger. As we see Anne’s day unfold, and see that she is clearly agitated by something – she purchases groceries, does pilates, smokes on the balcony, snoops through her husband’s computer, has several tense phone calls with her editor, burns and cuts her hand and has arguments with both her son and her husband – an audience’s attention is never held for very long. There are few features to recommend with this one. It felt like a pointless, soulless exercise that comes across as a little self-important in that it stretches the boundaries of on-screen sex – but really has very little to say.
Elles is playing as part of the 2012 Alliance Francaise French Film Festival. It is playing at Palace Verona this evening (Thursday March 8) at 9.15pm, Wednesday 14 March at 7.00pm, Friday 16 March at 9.00pm, Thursday 22 March at 4.00pm, Saturday 24 March 9.00pm and Sunday 25 March 12.15pm, at Chauvel Cinema on Saturday 17 March at 6.30pm and Friday 23 March at 6.30pm, at Palace Norton Street on Thursday 15 March, Tuesday 20 March and Sunday 25 March. It is also showing at Hayden Orpheum Cremorne on Saturday 24 March at 1.30pm.
Posted by Andy Buckle at 4:36 PM