Yesterday I was lucky enough to be invited to the launch of Titanic in 3D at Event Cinemas George Street. The special presentation, which included several sequences from the film (approx 40 minutes of 3D footage), was introduced by the film’s producer, Jon Landau, who also participated in a friendly Q&A session at the conclusion of the presentation.

Landau, who worked closely with director James Cameron on the film’s transition to 3D, declared, “if they were to make Titanic again, it would be in 3D”. Landau also said that Fox were considering the re-release a ‘new release’. Due to this year marking the 100-year anniversary of the sinking of the Titanic, it was decided that the film would be once again be made available for cinemagoers aided by the newest technology. 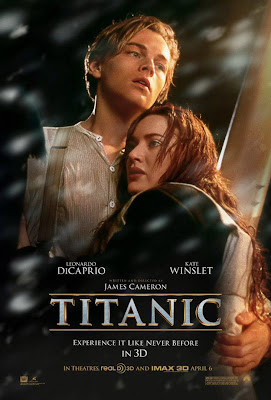 Landau jovially discussed the reactions of stars Kate Winslet and Leo DiCaprio to the 3D conversion, revealed the lengthy process of the transition (which took 60 weeks of work and about $18 Million), answered questions about his favourite scene in the film, and how difficult it was to convince the studios to re-release the film. At the time this idea was being pitched, there had been no re-releases. The Lion King and The Phantom Menace are two that have been re-released since.
Landau informed us that there were actually more visual effect shots in Titanic than in Avatar, and the effects have remained exactly the same. In response to the common assumption that 3D is only effective at enhancing action sequences, Landau is adamant that 3D “actually enhances the dramatic sequences more”.
Though I only saw a selection of scenes from the film, it remains an awe-inspiring cinematic experience, and a groundbreaking technical achievement. Having not seen the film for what must be close to a decade (and not on a cinema screen since 1997, when I was still very young), the youth of the two leads (and they were only 18/19 at the time of filming) raised a chuckle, but it does hold up really well. 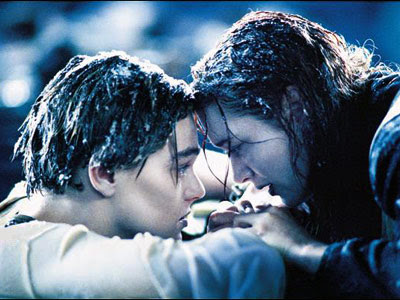 As for the 3D, it is mostly stunning, save for a few times when the moving shots seemed to be slightly blurry, and with the elimination of the ship’s lighting in the concluding stages, it was difficult to see the actor’s faces. But, the ship’s sinking is still one of the most breathtaking cinematic moments of all time – and it is made even more scary by the addition of the 3D, creating an experience which absorbs the audience so much that it feels as though they are situated on the ship themselves.
Still, for many young people – and pretty much everyone under the age of 20, seeing Titanic on the big screen is something they never would have experienced. On April the 5th there is an opportunity for these people, as well as lifelong fans of the film (and being one of the highest grossing films of all time, there are a lot of fans) to see the film again in the environment of a darkened cinema. Don't miss it.
Posted by Andy Buckle at 12:22 AM