Nominations were announced yesterday for the annual Film Critic Circle of Australia (FCCA) Awards for Australian Film, for the films of 2011. The Awards, supported by major sponsor FOXTEL, will be presented on Tuesday April 10 at a ceremony at the Australian Film Television and Radio School (AFTRS) theatre. This information comes courtesy of the FCCA. 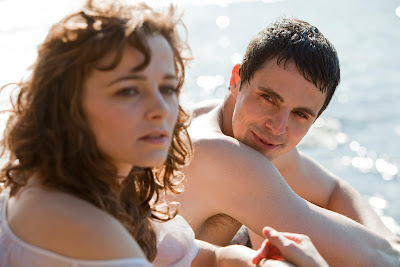 FCCA President Rod Quinn said “The nominations this year reflect the huge diversity in Australian filmmaking – from the sophisticated adaptation of an intricate Patrick White novel to the hugely successful story of a lovable dog; from a complex thriller with a big Hollywood star to the extraordinary true story of murder in the suburbs with a primarily unknown cast. This was a banner year for Australian film and we at the Film Critics Circle of Australia are proud to celebrate that."

The Film Critics Circle of Australia is the national body of professional film critics in Australia whose aims are to promote excellent and integrity in the art of film criticism and support the advancement of Australian and international film culture. The FCCA is a cultural, non-profit organisation and a member of FIPRESCI - the international body of critics and journalists. The FCCA recognises outstanding achievement in Australian film through the FCCA annual awards. Australian films eligible for the FCCA awards are those which have had a theatrical or public screening between January and December 2011.

Best Actress in a Leading Role

Best Actor in a Leading Role

Best Actress in a Supporting Role

Best Actor in a Supporting Role

Best Performance by a Young Actor

The FCCA Awards for Australian Film will be held in the evening of Tuesday, April 10.
Posted by Andy Buckle at 10:46 AM