Where to begin with Headhunters? I went in knowing nothing about it, and the experience was all the better for it. I had a blast. But, for the purposes of this review, I’ll have to reveal a little in my attempts to persuade you all to see it. It is a Norwegian thriller directed by Morten Tyldum and adapted from the best-selling 2008 novel by internationally acclaimed crime novelist, Jo Nesbo. 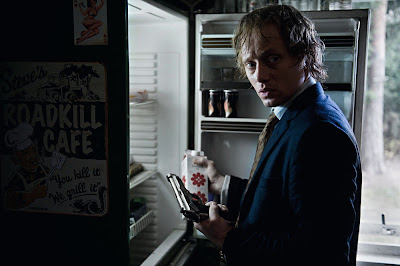 The central character is Roger Brown (Askel Hennie, fantastic), a successful Headhunter (big business recruiter who tries to poach from rival companies), who is paying for his beautiful house, funding his luxurious lifestyle and spoiling his stunning wife, Diana (Synnove Macody Lund), by stealing expensive art on the side. He has an accomplice, and through his recruitment position, selects viable candidates by asking them questions to judge their asset value and finding out if there are any obstacles (like a housekeeper or a dog) that could foil his plans. He has a list of rules. 1. Only ever steal from someone you know everything about. It is this rule that results in Roger landing in a tight spot.

At a gallery opening, Diana introduces him to Clas Greve (Nikolaj Coster-Waldau), an ideal candidate for a position that Roger is recruiting for (previous work at a company that produced GPS and tracking devices, and military trained - also a headhunter, essentially), but also in possession of a rare Rubens painting, potentially worth as much as 100 Million Kroner. Roger, unable to let the opportunity slide, plots to steal the painting, but quickly runs into unexpected complications and is forced to go on the run. 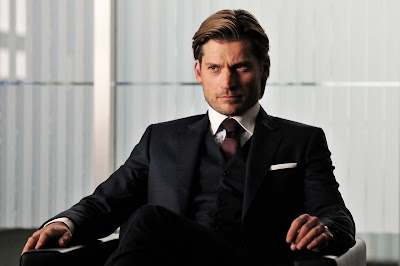 Headhunters is an odd film, and going any further with the plot would be a serious disservice to intrigued viewers. There are several different genres at work here (heist thriller, chase film, black comedy, melodrama - they all get thrown together) and after a fairly conventional build-up; establishing Roger’s dual professions, there is a wild and unexpected turn and a dramatic shift in tone. It keeps going, and going, and becoming more and more unpredictable and surprising.
It isn’t a long film, but it is quite exhausting. There is so much to process and make sense of – and in the end the justification for the chaos doesn’t make as much sense as you want it to, but because it is such a cracking good time, it ultimately it matters very little. On one hand it is gripping and suspenseful, while on the other it is riddled with a macabre sense of visual humour. The energetic photography and editing assists with the pace, quickening in the latter half, while everything is punctuated by an excellent score.
What was surprising about Headhunters was the prevalence and effectiveness of the humour. I really want to discuss what transpires because it is just so relentlessly chaotic and increasingly ridiculous. It must be seen to be believed. There is a chunk of this film that contains some of the funniest moments (mostly through the visuals) I will likely see all year. But, it is also very violent. There is a pretty horrific vehicle collision, a dog mauls a character, and there is even a tense knife fight. 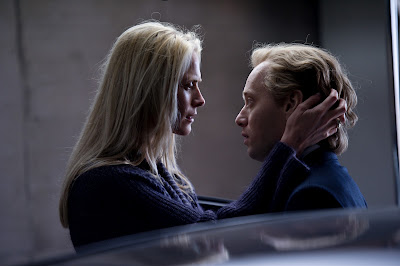 It really should be hard to care for a character with so many unlikable qualities. Roger has an enormous home, material pleasures, and a beautiful wife (who he is cheating on). The reason he needs to steal and sell art is because he is living above his means. Part of you wants him to get his just desserts, but at the same time, what happens to him over the course of the film doesn’t seem justified either. We start to sympathise, and this is largely the work of Hennie, who gives a top performance.
There is something about European films. They just seem to have a knack of being able to get away with things. We have the usual sex scene and nudity, an odd visual style and score that works perfectly, and some truly bizarre images that blend the thriller and comedy elements really well. This is based on a page-turning pulp novel. Who says a film adaptation has to be conventional? I won’t be seeing an American re-make of this one, that’s for sure. This gem has won me over. It is such a good time if one embraces the chaos. It is a smart, fast-paced adaptation of a pulp novel that keeps you guessing all the way. Be sure to check it out if you have the chance.