The Best Exotic Marigold Hotel is scheduled for an Australian release on March 22.


The Best Exotic Marigold Hotel is a delightfully charming British comedy/drama directed by John Madden (Shakespeare in Love), written by Ol Parker and starring a stellar cast of British veteran actors. The film’s central plot follows the life of a group of British retirees staying in The Best Exotic Marigold Hotel, a hotel/retirement home with character situated in India. 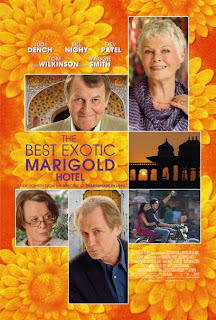 This group of British retirees, for various reasons, have experienced health, financial and existential difficulties following their retirement, and seeking a new lease on life are attracted by the enticing advertisements of the newly restored Marigold Hotel and the inexpensive and exotic locale of India. When Evelyn (Judi Dench), a newly widowed housewife who must sell her home to repay her husband’s debts, Douglas and Jean (Bill Nighy and Penelope Wilton), married for 39 years and now unable to afford anything more than retirement bungalows, Graham (Tom Wilkinson), a high court judge who is returning to the country he grew up in, Norman (Ronald Pickup), a life-long womanizer unable to face his own age and always on the look out for a new woman, Madge (Celia Imrie), looking for adventure and a new man after a string of unsuccessful marriages, and Muriel (Maggie Smith), a bitter racist and ex-housekeeper who journeys to India for a hip replacement, turn up at Sonny’s (Dev Patel) hotel, they find it a shadow of its former self. But as they begin to accept Sonny’s honest ambitions to transform the place into the hotel his father once ran, and as they continue to bond with one another, come to terms with the culture of India, face their pasts, make the most of their presents, and consider their futures, they are ultimately all transformed in their own way from the experiences.

What was impressive about Marigold was how well balanced the comedy and the drama was, and how effectively rounded the character arcs were. Each character has their own individual story, but they also begin to share stories - Evelyn and Douglas accompany Graham to meet his childhood friend for what could be the last time, while Madge helps Norman to meet a woman who catches his eye. It is not just the retirees, whose stories are exposed, but also Sonny and his girlfriend, and even Sonny’s mother. The slightly over-long running time can be forgiven for the attempts to tell so many individual tales in relative depth. It is quite cleverly written, actually, and always retains a viewer’s invested interest. 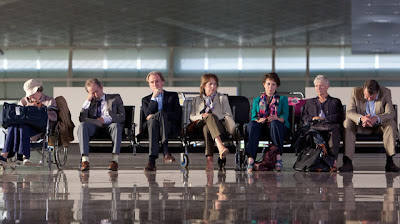 It was disappointing to see the screen time of Norman and Madge sidelined a little bit. Near the beginning of the film, Norman is the funniest character, but he disappears for long stretches. His arc, sparking up a romance with a lonely local woman and once again finding himself at the ‘top of the mountain’ was quite simple, while Madge doesn’t really have much of an arc, unfortunately. While I am laying on the criticism – there were a couple of scenes that were obviously an attempt to milk emotions from the audience, and while there were some profoundly moving moments – Tom Wilkinson’s story is boldly written, and affecting – it does try a little bit too hard. It shouldn’t need to because the performances convincingly relay the emotion.
Judi Dench, Bill Nighy and Tom Wilkinson are excellent, as is Penelope Wilton as Nighy's scared and miserable wife. Dev Patel evokes sympathy as Sonny, striving to live up to the expectations bestowed upon him and fighting for the woman he loves, but finding unflinching disapproval from his mother. Also, the way everything is resolved can be guessed a fair way out. Just as Sonny says: “Everything will be all right in the end, and if it not alright, it is not yet the end.” Everything does work out in the end, and though it is predictable, thankfully there are a few surprises along the way. 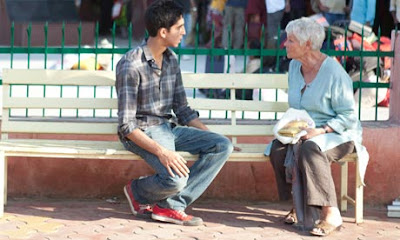 While many of the jokes didn’t work for me (most of Maggie Smith’s racist comments brought uproarious laughter from the significantly older audience, but missed the mark personally), it was still amusing, and it took me by surprise how genuinely sweet the film was, and how organic the relationships between the group materialized. This is a film made for audiences who have spent their lives watching these fine actors at work – and who are approaching or in a similar stage of retirement. It might infuse those viewers with a shot of life; to prove that even in one’s twilight years they can still live life to the fullest. Having said that, younger audiences will also find it entertaining and everyone will be blown away by the colour and life of India as it is presented in this film.
Marigold felt like it was documenting the real lives of these charming veterans. If they didn’t know one another and found themselves living in the same building, would they act much differently to the characters they play here? Sure. But I think their chemistry and their evident enjoyment of filming in such a vibrant and lively location comes across in their work. Watching them share the screen together is a treat, and this is the film’s primary charm, making for easy and pleasant viewing.
My Rating: ★★★1/2 (B-)
Posted by Andy Buckle at 8:04 AM