I have had a bit of a crazy week. I have been working lots and been squeezing in screenings and reviews between shifts. I have watched a few films playing at this month's Alliance Francaise French Film Festival - The Day I Saw Your Heart, 18 Years Old and Rising and Nobody Else But You - so keep an eye out for more coverage and reviews over the course of the month. 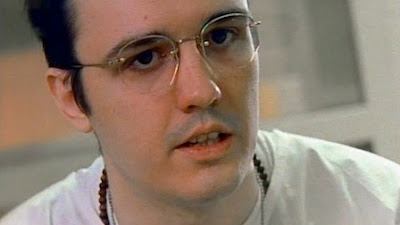 Also, I thought I would mention a couple of recent viewing experiences - Parts 1 and 2 of the Paradise Lost documentaries. Paradise Lost 3: Purgatory was released early this year and was nominated for Best Documentary Feature at the Academy Awards. The first two films (released in 1996 and 1999) are absolutely incredible. Especially Part 1. Focusing on the murders of three young boys in West Memphis and the three teenagers arrested and tried for their murder. The filmmaking team, working for HBO, were allowed to film inside the courtroom and objectively interview the parents of both the victims and the accused. Ultimately, the film acts as a form of evidence in itself, and has attracted support groups and sympathetic people who are outraged by the decision.

Despite very little scientific evidence to prove the three were guilty, they were all convicted and given life sentences. It is an extraordinary and maddening tale of injustice. Yes, the murders are horrific, but just as tragic is the fact that these three boys were clearly innocent and yet found guilty because of some extremely corrupt policing, and prejudices about their speculated character. It rouses emotions, that's for sure. I don't know how it all ends, but there are 12 years between the releases of Revelations and Purgatory. I am hoping for a cinema release of the latter here in Australia.

Here are some links to great articles I have come across over the last fortnight or so...

Following on from what Alex @ And So It Begins came up with, Sati @ Cinematic Corner, Ruth @ Lets Be Splendid About This, Stevee @ Cinematic Paradox and Tyler @ Southern Vision have come up with their own versions of 100 Things I Learned from the Movies.

While you are on Alex's site, check out his recent instalment of Favourite Scene. The focus is Se7en.

Sam @ An Online Universe has been working tirelessly on her new site, and happens to have seen many of the same films as me recently. We agree a bizarre amount - Roman Polanski's Carnage and the upcoming March 8 release, Headhunters, to name just two.

For another top review of Headhunters check out Dwayne's @ The LennoX Files.

Over at Anomalous Material Nick looks at the Academy Award nominated documentary, If A Tree Falls: The Story of the Earth Liberation Front, while Max looks at some underrated Gems from the 1980's.

Bonjour Tristesse catches up with We Need to Talk About Kevin. I was very glad to see him give it the 8.3 grade.

Andrew @ Encore's World of Film and TV looks at some of 2011's Memorable Scenes.

Max @ Impassioned Cinema looks at a classic I am yet to see, Belle De Jour.

John @ John Likes Movies is already looking ahead to 2013, picking out the Potential Oscar Nominees.

Colin @ Pick 'n' Mix Flix, a writer I value highly and one of my most loyal readers, was really impressed by L'illusionnist. It is delightful.

Tyler @ Southern Vision has had a busy week. He also gave Au Hasard Balthazar (an amazing film!!) 10/10 and endured all seven hours of Bela Tarr's Satantango.

Steven @ Surrender to the Void has been working through the films of Thomas McCarthy (and the Coen Bros.). He has recently uploaded reviews of The Visitor and Win Win.


So there you have it. Hope you find some interesting reading amongst these articles. Have a great week.
Posted by Andy Buckle at 5:20 PM