As the third and final film in the Trois Couleurs Trilogy by Polish filmmaker Krzysztof Kieslowski, Rouge is a magnificent achievement and is arguably the most moving and inspiring of the trilogy. Shortly after making this film, the 53 year-old Kieslowski announced it would be his last. His sudden death in 1996 made this extraordinary film even more significant. Rouge, like Blue and Blanc preceding it, examines one of the French revolutionary ideals. It is about ‘fraternity’, exploring the way that lives can become randomly connected through ‘coincidence’ and ‘chance’ and the unlikely bond between two people who seem to have little in common. 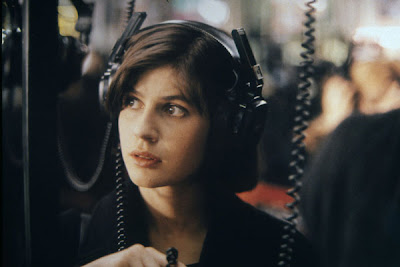 It may be influenced by my love for Irene Jacob (The Double Life of Veronique), but Rouge has always been my personal favourite of the trilogy. The conclusion always leaves me with chills, and following my most recent viewing (I have seen it on five occasions now), it remains one of my favourite films ever. Rouge’s plot, while intricate, detailed and rich with philosophical meaning, is actually quite concise and easy to follow. To delve into each of the meanings Keislowski deftly squeezes into scenes will likely spoil the delight of the experience, so I will try and keep this analysis relatively brief.

The central character is professional fashion model, Valentine Dusot (Irene Jacob), who lives a busy life in Geneva, dividing her time between catwalks and chewing-gum campaigns. But, she also lives a lonely life separated from her infantile and possessive boyfriend (currently working abroad) and her troubled family. Her younger brother has recently been experiencing drug problems and her telephone calls with her lover are brief, strained and unsatisfying. Though she lives in an adjacent building, Valentine shares a street with Auguste, a legal student studying to become a judge. Seemingly oblivious to each other’s existence, through their comings and goings, their lives curiously cross by 'chance' on several occasions. 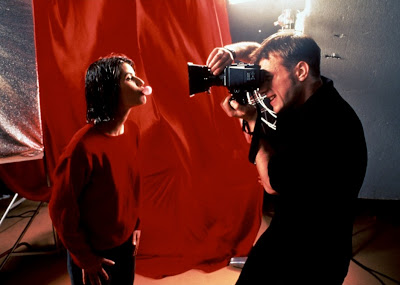 Valentine’s life takes a turn when, distracted by her faulty radio, hits a dog with her car. She takes the dog to the veterinarian and tracks down the owner, a retired and world-weary judge, Joseph Kern (Jean-Louis Trintignant), who reveals to Valentine that his sole remaining passion is to spy on his neighbours through recorded telephone surveillance. He claims to have been doing this his entire life, but now knows where the truth lies. One of the couples he is spying on happens to be Auguste and a blonde woman he is dating; but it is of Kern’s opinion that they will soon break up. After initially reacting to the embittered old man with disgust, Valentine returns to his home on several occasions and shares philosophical discussion, with the man offering guidance in her life by revealing to her his intriguing past. These reflections mirror Auguste’s personal story. He is similarly betrayed by a woman he loves and purely through coincidence, but simultaneously as if it was destined to be, Valentine and Auguste make an unexpected connection at the conclusion.

There are some exquisite early shots of the street, which see Valentine (in her black car) and Auguste (in his red one), coming and going, barely missing one another and remaining oblivious. Auguste is smitten with a blonde-haired woman, while Valentine is waiting for the return of her boyfriend, Michel. Strangely, it is as if dual time lines are running in parallel. Auguste’s story seems to replicate Joseph's account of a tragedy from his youth; when he was betrayed by a woman he loved. Instead of meeting someone else, he gave up on love, but declares that Valentine is the woman he was destined to meet but never did. For Auguste, his destiny is different; shared with Valentine, who experiences several inexplicable coincidences that drive her towards a future life with Auguste. The daring denouement doesn’t just unite the various plot strands in the film, but it also brings in the main characters from the preceding two films. While it may come across as a little contrived, in the scheme of the whole trilogy, it is a completely satisfying way to end Kieslowski’s career. 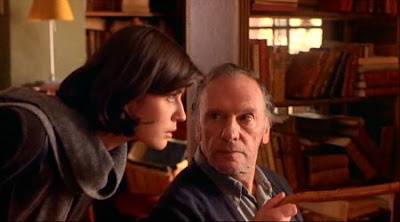 In addition to the creative genius of Kieslowski, the fine work of his talented cinematographer, Piotr Sobocinski, and Preisner's powerful score, the film benefits greatly from the remarkable performances from its two stars. Jacob, whose beautiful performance in The Double Life of Veronique won her the Best Actress Award at Cannes, gives another stellar, nuanced performance. She relies on subtle tics and facial expressions to reveal her despair at her hapless relationship, the initial disgust she feels towards the judge and later, her delight in sharing secrets with him and discovering his attendance at the fashion show. Once again, she is completely compelling. Trintignant is also engaging as the crusty, cynical and world-weary judge, challenging viewers to desire to dig deeper into his intriguing character. The film’s meditative pace; which makes it easily digestible and re-watchable, effortlessly engrosses the audience through its creation of these intriguing characters and the compelling mystery surrounding the way they are connected.
This is a film that makes you feel alive as you are watching it. How much do we value the influence of chance and coincidence in our lives? What would have happened if Valentine had never hit the dog and her and Joseph had not stumbled across one another? What would have happened if Valentine’s lock hadn’t been blocked with gum that day, or if Auguste’s book had not opened on that exact page when he dropped it? But each of these things did happen, and that is extraordinary. It feels completely natural, it makes you feel like every single event could have special significance, and this is what make this one of the most delightful film experiences you will ever come across. Rouge is a virtually flawless masterpiece from a legendary auteur who finished his career at the peak of his craft, and a timeless classic I will enjoy visiting again and again.
Posted by Andy Buckle at 1:31 PM