There is a pretty good chance that this film will hit pretty close to home for a number of media and art graduates. Are you one of those young people who have completed a college or university degree and return to live with your parents (or remain living independently) with the hopes of using that education to find the career you want, only to realize that your credentials don’t add up to as much as you think? In order to get by were you forced to find yourself a mind numbing job, frustrated by your situation and disillusioned by the thought that the stress you have put yourself through may result in naught? If so, you may find this film a refreshing and touching examination of such a disillusionment. Alternatively, you may feel angered and offended. 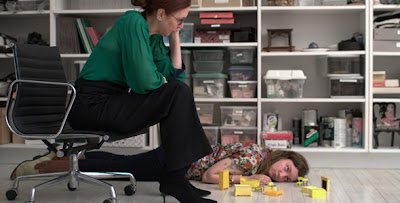 Yes, I share similarities with Aura (writer and director Lena Dunham), the 22-year-old lead of Tiny Furniture, who returns to her family’s Tribeca loft having graduated from her Midwest Liberal Arts College. She has nothing to show but a film theory degree, a failed relationship and a lack of motivation and direction. Essentially, there are some similarities to Mike Nichols’ The Graduate here, but this is the definition of the independent hipster comedy where the lead is at odds with the complexities of the world and trying to salvage an identity. There is no denying that this is an impressive debut from Dunham, but my interest was rarely heightened here.


Tiny Furniture was shot on a budget of only $50,000 dollars and won Lena Dunham the Best First Screenplay Award at the 2010 Independent Spirit Awards. Her writing is certainly her strongest skill. The film co-stars her sister Grace Dunham (as Aura’s sister Nadine) and her mother Laurie Simmons (as Aura’s mother Siri). As a result, the relationships feel genuinely honest, but the strength of the performances can’t match the emotional intensity called upon in some of the sequences. 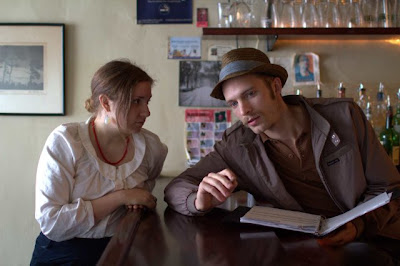 Aura eventually takes a dull, horrendously paid job as hostess at a restaurant, rekindles a friendship with a flirtatious old schoolmate and falls into misguided relationships with two self-centered men while struggling to define herself and find a sense of direction in her life. She also struggles to conform to the confines of the apartment and sharing the space with her neurotic family. A number of uninteresting things happen that bog the story down and don’t really take it anywhere. The best moments are probably between Aura and Jed (Alex Karpovsky), the smooth-talking Youtube video star, who stays with Aura while her mother and sister are out of town.
Even though I can somewhat relate to Aura’s situation, this is a pretty standard story that has been stretched no-end into the 98 minute running time. While I thought it was often amusing, I couldn’t help but feel that some of the events were very contrived to boost the running time, and by the end I felt like all I had watched had amounted to nothing. While Dunham is trying to say some important things; most notably ‘trying anything will help you find yourself’, it doesn’t really say anything interesting at all. 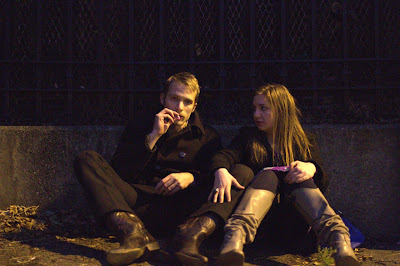 I wasn’t moved, or inspired, or entertained. I was actually pretty bored, and irritated by the hodge-podge of quirky comedy tropes that kept popping up and served little purpose to the story. All of the relationships materialized out of the blue; often following a lone meeting between the characters, and most of the familial bickering came about through ridiculous sisterly debacles and the division of petty household chores. I felt like I was watching the life of a particularly boring person unfold in front of me. Some scenes existed, and I’ll use the sex-in-the-pipe moment as an example, solely to fuel an awkward later discussion.

On the positive side, the film does look great. This can be attributed to DP Jody Lee Lipes, who also worked with Sean Durkin on Martha Marcy May Marlene and produced some brilliant work. Using a 7D digital camera there was some interesting experimentation with framing. The funky soundtrack, an indie comedy essential, was also quite effective. While this is an inspired portrait of an existential crisis prevalent in more young people today than many will admit, and an introduction to a talented filmmaker, it was ultimately more forgettable than I was expecting.