Well 2011 has been the first year I have been actively following the blockbuster season. Sure, having worked at a huge multiplex for the last couple of years (not this year) meant that I had access to every big-budget release of the season. I saw most of them but I never had the time to review them or track what I was seeing. This year has been different, and while there were some duds and some that were very underwhelming, there were plenty that I enjoyed too.

I’m going to count the Blockbuster season as starting on April 21st with the very early release of Thor. I don’t think it was released in the States until a few weeks later. Anyway, amidst glowing reviews from Aussie critics, I saw it in the first week and wasn’t so keen on the film. It was enjoyable enough, with the story split between the stunning world of Asgard and the fairly-boring-in-comparison Earth. I really hated the 3D and found it difficult to stomach the quite overwhelming visuals (those intense light flares). I also thought there were too many characters, most of which served no purpose. But this film existed (as does Captain America later in the season) solely as a prequel to The Avengers, scheduled for release in 2012. In this sense it adequately served its purpose. 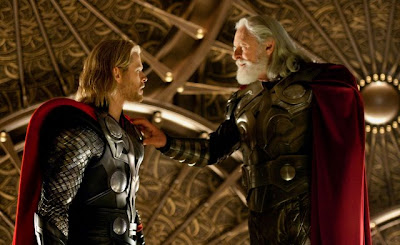 On May 5th, Source Code was released, which is months later than the States. This is Duncan Jones’ follow up to Moon. While I initially thought it was a smart, compelling and entertaining sci-fi thriller, it has not remained as memorable a cinematic experience as I expected. The risky premise was a good one, and Jones assuredly handles it for the most part. Jake Gyllenhaal’s performance was top-notch too. But I think there are some complexities that emerge in the second half that make it more confusing than it needed to be. Still, at this point, Source Code was one of the year’s best releases.

Next came Pirates of the Caribbean: On Stranger Tides, which I watched following Your Highness. Honestly, this was one of the worst days of cinema I have ever experienced. Both were complete disasters. Pirates, under Rob Marshall, was completely recast and the story trimmed back. It also pushed Captain Jack Sparrow (Depp) into the lead, where he was not intended to be. From the opening minutes this was a struggle. The early slapstick gags feel both ridiculously staged and borrowed from Black Pearl and the second half is nothing short of boring. Oh, and talk about anticlimactic. Your Highness deserves no mention. One of the worst films I have ever seen. 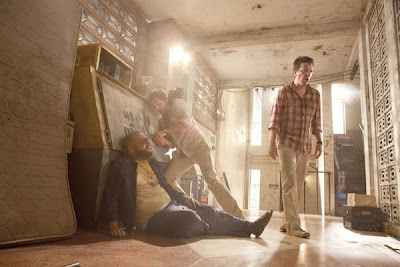 While I’m not sure what I expected from The Hangover Part II, it was pretty underwhelming. It’s close to a remake of the original but with some substitutions (Bangkok instead of Vegas and a monkey instead of a baby) and adopting a darker, meaner and bolder narrative. I certainly didn’t hate it, but it was lazy.
I’m a little ashamed to admit that I did enjoy it more than Bridesmaids, which irritated me no end. While there were some few-and-far-between funny moments, I couldn’t shake the thought that this was a stock-standard rom-com with the ‘balls’ (for lack of a better word) to situate female characters in the disgusting situations normally assigned to the men. Nearly all of the comic set pieces were way too long (not to mention the total running time). Kristen Wiig was excellent, but for me, this is hugely overrated.
Released in between The Hangover Part II and Bridesmaids was Matthew Vaughn’s X-Men: First Class. This is another film to receive near-unanimous praise that I thought was unjustified. The reason this film is above average is because of the quality central performances of Michael Fassbender and James McAvoy. The film jumped around all over the place, and while the idea of setting this mutant conflict around the Cuban Missile Crisis is a good one, too many characters were introduced and the ending was rushed and forgettable. 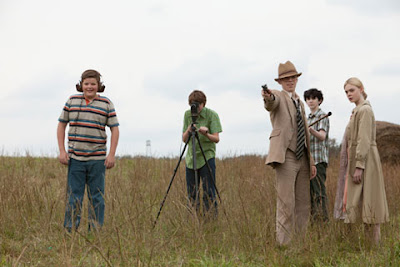 One of the highlights of the season was J.J Abrams’ Super 8. It was almost a great film, save that final transition into a monster film. While Super 8 was one of the most anticipated 'original' blockbusters, this is one notable feature it does lack. This is not as big a negative as you might expect. It was actually quite nostalgic to watch a film that was so aware of its attempts to recapture the Spielberg magic of old. I found it to be exceptionally entertaining with some profound and moving childhood drama (and top performances from Joel Courtney and Elle fanning) in there for extra points. There are a few too many of those roll-your-eyes moments in the final third to pronounce it a great film, however.
I saw the animated features Cars 2 and Kung Fu Panda 2 on the same day and it is the first time I have seen Pixar easily beaten by Dreamworks. The dual storylines in Cars 2, which favor Mater’s (Larry the Cable Guy) espionage mission, are nearly inconsequential to one another and don't feel satisfying. While the animation is still top-notch, there is very little here for the adults. It is bizarre that Pixar would choose to make a sequel for Cars, their weakest film prior to this one. Lots of money in merchandising, right? Kung Fu Panda on the other hand, was a very pleasant surprise.  I have seen few animated films use the 3D technology better and it is worth the admission price alone to experience the excitement of the inventive, expertly choreographed and stunningly captured action sequences. Gary Oldman is the stand out voice performer as Lord Shen (a brilliant villain), and this simultaneously heartfelt and action-packed adventure is a real winner.
Transformers: Dark of the Moon was released on June 30th, the same day as Tree of Life. I hated this film. It wasn’t fun (as many viewers have suggested) but it is actually an emotionally draining experience (in 3D) that forces us to endure a pointless two hours of rubbish that exists to set up a lengthy climactic battle sequence in downtown Chicago. Sure, some of this looked great, but you can't deny that Michael Bay is a fucking idiot and this is as an embarrassingly dumb, insulting and overblown film as you are likely to see.

There was a couple of weeks with a limited amount of releases in between heavyweights Transformers: DOTM and Harry Potter and the Deathly Hallows Part 2. As a fan of the novels, I was looking forward to how screenwriter Steve Cloves and director David Yates would conclude this epic franchise. Personally, I haven't been overly impressed by any of the instalments since The Goblet of Fire, though I didn't dislike Part 1 as much as some people. The film starts out pretty bad, but when Harry and his companions reach Hogwarts (essentially a lengthy final act) the film does improve substantially. Technically, it is very impressive, with the visual effects team and Alexandre Desplat (score) likely in consideration for the Oscars. Where this film suffered was through it's emotional engagement with the audience. I felt very little despite some of the characters dying and having to make sacrifices. The most moving part of the film was certainly Snape's story. He was so underused. But I was pleased with the finale, overall. It was a fitting one for fans, despite that atrocious epilogue.
This may be a controversial opinion but I think we were saved the best until last this year. Of all of the superhero films thrown at us (and I haven't even seen Green Lantern), the one I enjoyed the most was Captain America: The First Avenger. It is fun and light-hearted when it needs to be, it doesn’t get bogged by trying to squeeze in unnecessary characters and it weaves a genuinely good and concise story that not only deftly handles the limitations of its protagonist as a ‘super-hero’ but plays with it and twists it to create drama and emotion. I loved the classical look the film adopted, I thought it was well paced and it seemed like the cast had a lot of fun. Even better, and this was a real surprise, was Rise of the Planet of the Apes. Andy Serkis really propelled this film with stellar performance as Caesar. With top notch special effects, a solid dose of action and enough intelligence to overcome weak human characters, this is a damn good film.


Exclusions: Green Lantern and Cowboys and Aliens. I had no intention seeing them.
The Good: Rise of the Planet of the Apes, Source Code, Harry Potter and the Deathly Hallows Part 2, Captain America, Super 8 and Kung Fu Panda 2.
The Not So Good: Thor, X-Men: First Class, The Hangover Part II, Bridesmaids and Cars 2.
The Ugly: Transformers: Dark of the Moon, Pirates of the Caribbean: On Stranger Tides and Your Highness.
Posted by Andy Buckle at 6:40 PM