Beginners is the second major feature from filmmaker and graphic artist, Mike Mills (Thumbsucker), who has made his name predominantly from directing short films and music videos. He is married to fellow artist and filmmaker Miranda July (The Future) and drew inspiration for this film from personal experiences with his father, who 'came out' at age 75 after 44 years of marriage to Mills’ mother. He succumbed to lung cancer five years later. Beginners premiered at the 2010 Toronto International Film Festival and was selected as the Closing Night film at the 2011 Sydney Film Festival. 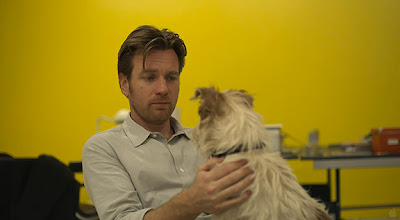 Beginners tell the story of Oliver (Ewan McGregor, The Ghost Writer), a man reflecting on the life and death of his father, Hal (Christopher Plummer, The Last Station), while trying to forge a new romantic relationship with a beautiful young French actress, Anna (Melanie Laurent, Inglourious Basterds). The film is set predominantly in the present but structured to include a series of interconnected flashbacks to different periods of Oliver’s life. They reveal his relationship to his lonely mother (who initiated the marriage despite sensing something was amiss) and his struggle to accept both his father’s open declaration of homosexuality and his pending death from terminal lung cancer. Hal, who has never been happier, moves in with Oliver, changes his lifestyle to embrace his newly awakened sexuality and meets Andy (Goran Visjnic), a much younger man who cares deeply for Hal. Andy assists Oliver in taking care of the ailing man all the way until his deathbed.

I guess I expected the plot to be more centered on Hal, who has just passed away as the film opens. The always-brilliant Christopher Plummer gives a heartfelt portrayal of a man who attempts to squeeze an entire life into a few short years. Hal’s story is tragic, and though it generates some heartwarming moments, it is Oliver’s blossoming relationship with Anna that offers up the film’s sweetest and most tender moments, and biggest surprises. Mills handles it all with brilliant sentiment and subtlety, while remaining deeply personal at the same time. Oliver adopts his father’s dog Arthur, who becomes his closest friend and confidant and accompanies him everywhere. There are actually very few sequences where Arthur isn’t in shot. It’s really amusing.

Oliver meets Anna by chance at a Halloween party, with Oliver dressed as Sigmund Freud and Anna as Charlie Chaplin. Fittingly, she is unable to speak because of Laryngitis and communicates through a notepad. She immediately recognises Oliver's sadness, and they both sense the spark almost immediately, and agree to see one another again. Their relationship, while rarely strained, is met with interference as Oliver struggles with his unresolved emotions about his father’s death and his parents’ life together, and his own inability to commit and make a serious relationship work. 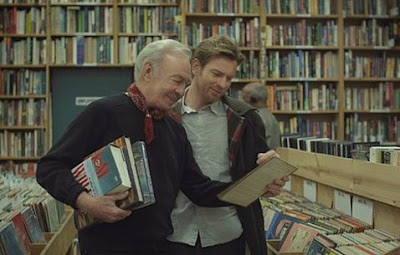 Essentially, the biggest obstacle to his happiness is himself - because of what he has learned about his parent's marriage, he is afraid of imperfect love. To quote an anagram provided by Hal, Oliver is hesitant to "settle for a giraffe when the thought of the lion he has been seeking his entire life is still out there." Anna also experiences anxieties about her emotionally unstable father, the pressures of her profession and her own romantic past, but it seems evident immediately that Anna is perfect for Oliver. The chemistry between McGregor and Laurent is excellent, and they embrace their roles wholeheartedly. They bring in their individual personas, but are very aware of their sense of responsibility to the roles, having been based on real-world counterparts. Laurent, especially, is captivating.

Mills does a good job relating Oliver’s experiences with Anna to his memories of his mother and father, but often the editing between different periods of his life feels a little haphazard. The film is also a little flat, starting out with a tone that it rarely ever deviates from. There were few times I found myself with rousing emotions, despite the film tackling some complex personal themes. Amidst the series of interconnected flashbacks, the film is comprised of what I will call vignettes, documenting the pair together - reading together in a public library or sneaking out of a rink on their roller-skates. We watch the relationship taking shape, but there is really very little plot to acknowledge.

A friend of mine used the term ‘twee’ to describe the film. I had to look up what that term refers to, discovering it to mean ‘overtly sweet and sentimental to the point of being sickeningly so.’ I suspect that many who respond negatively to Beginners will claim it to be for this reason. While I won’t agree with the sentimentality being sickeningly offensive, I think it is a little self-indulgent with its sweetness. But, this is a very personal film, with Hal based on Mike Mills’ own father, and Oliver loosely representative of himself. I found a lot of scenes to be cute, but a lot of the techniques (embedding images of objects into the footage, and drawing attention to the sun and stars) were a little indulgent and attention seeking. 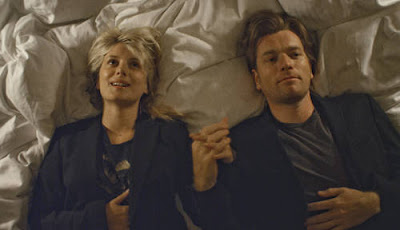 But it’s a heartfelt, frequently amusing and often moving film. Though I thought Hal’s story was underused and Anna's relationship with her father wasn't effectively conveyed, I thought the performances were strong and found plenty to admire about Mills' work. Not only is this a personal film for the director, but I feel that people will respond to this film in different ways too. I found myself relating to Oliver on a number of occasions – not in any way regarding my parents, but in the way that I keep my feelings to myself a lot, and find myself confused by my relationships with other people. I am in the early stages of having convinced myself that I will never find the right person, and that no relationship will ever work, which is nuts. The right person (like Anna, for Oliver) will change that mentality, but it will no doubt take some time, and some luck. Luckily, there are films like Beginners that remind you of the importance of family and the beautiful moments that exist in life.