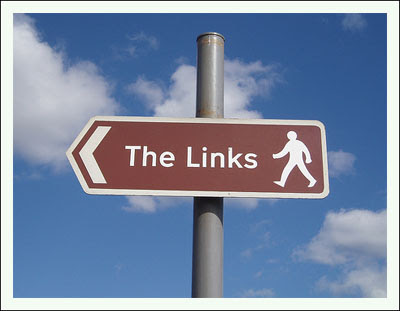 I wasn't going to do 'Monday Links' this week, but I figured I'd start the day with something easy to get my brain working. Even though I had a solid sleep, I still feel ridiculously tired. It's also an opportunity to check out everyone's work from the weekend, which I unfortunately had to neglect. Earlier in the week I watched the pretty hilarious horror spoof, Tucker and Dale vs. Evil, and reviewed Rouge, the final film in the Trois Couleurs Trilogy. After I get through all my MIFF reviews, I intend to check out Rise of the Planet of the Apes and L'illusionniste before continuing with Kieslowski's The Decalogue and the Altman films I have vowed to watch this month. When? I don't know!

So, without further ado, here are some great articles from this week:

Univarn @ A Life in Equinox thought that Rise of the Planet of the Apes was pretty good. For an alternate take, check out Anders' video review of the film @ Cut Print Review.

I just watched the new trailer for Tinker Taylor Soldier Spy and it literally blew my mind. I cannot wait for it. Check it out here @ Anomalous Material.

CS @ Big Thoughts from A Small Mind reveals several films that made him declare: I Feel Dirty After that Film...and Not In A Good Way!

James Blake Ewing @ Cinema Sights writes a great article titled Watch it Again, Sam about how his perceptions of films change on repeat viewings. I relate to this a lot because many of my favourite films took several viewings before I adored them as much as I do now.

Tom Clift is a great guy. I caught up with him at MIFF and watched a couple of films with him. His top film of the festival is A Separation, which he gave five stars to in his review @ Cut Print Review.

Stevee @ Cinematic Paradox reviews The Pianist, a film I have seen only once (years ago) but remember really liking.

Sam Fragoso @ Duke and the Movies writes a really personal article about his introduction to the wonderful sounds of The Beatles.

Jack @ Jack L Film Reviews has been working through an Irish Film Marathon. Included are reviews for My Left Foot, Once and The Secret of Kells.

Anna @ Split Reel has just given her already sexy site a make-over. It's even more sexy now. Check it out!

So, there you have it. Hope everyone has a great week!
Posted by Andy Buckle at 11:40 AM